Sweden’s cross-party Pensions Group has published its long-awaited pensions reform in a landmark agreement aimed at bringing the country’s proudly-owned 20-year-old system up-to-date and solving problems that have come to light in the past few years.

As well as raising the state pension age, the politicians pledged to put the risk level of AP7’s default option in the Premium Pension System (PPM) under scrutiny.

The number of funds in the PPM’s fund marketplace were to be reduced “considerably”, the group agreed.

In a joint statement, Annika Strandhäll, chair of the Pensions Group, and Per Bolund, minister for financial markets, said: “We are all in agreement and are now taking a holistic approach and renewing the Swedish pension system to raise pensions and increase the security for both pensioners of today and for the future.”

Within government, Bolund is responsible for the AP national pensions buffer funds and the PPM.

The main points of the agreement – aside from the PPM reform – were an increase in the basic state guaranteed pension, with an extra amount for pensions in the “toughest” circumstances, and increases in the state pension age for the general and guaranteed pension.

Other points agreed include a pledge to improve working life in Sweden to make it more equal, sustainable, flexible and modern; a review of the deduction rules for occupational pensions; measures to make pensions more equal between men and women, and the adoption of modernised investment rules for the AP funds, which have already been published. 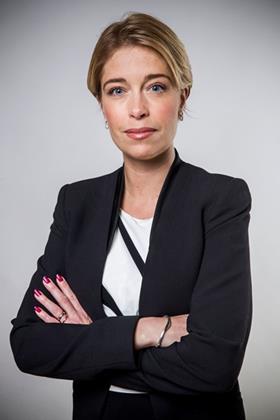 For the means-tested guaranteed pension, the age will rise to 66 from 65 in 2023, and then in 2026 it will increase in line with average life expectancy.

The Pensions Group said, that as the default provider in the premium pension system, AP7 was responsible for providing cost-effective, safe and stable pensions throughout working life without the need for knowledge on the part of savers, or for them to make active choices.

“The objective is a return that exceeds the income index over the long term,” the group said. “The risk level in the default option should be investigated to ensure it is reasonable.”

Turning to the long-debated problems that have surfaced recently over fraudulent providers in the PPM’s fund marketplace, the group agreed that savers capital would in future be invested in secure, controlled and professionally-procured funds.

The Swedish state would assume more responsibility for any presence of rogue players in the system, the Pensions Group agreed.

A 30-point programme is to be introduced by Sweden’s Pension Authority, which oversees the PPM, alongside sustainability requirements for all funds in the marketplace, according to the agreement. As a result, the number of funds would “decrease considerably compared with today”, the group said.

As things stand, there are more than 850 funds offered through the PPM fund marketplace platform.