This year looks like it could be remembered as the Bund sell-off year, or perhaps even the Bund Blowback, with one of the intraday price falls larger than any recorded (by Bloomberg) in the past quarter century. If the triggers had been different, the ferocity of the sell-off would certainly have been reminiscent of the taper tantrum that hit US Treasuries and most other bond markets two years back.

The consensus might be that the Fed itself triggered the taper tantrum with some unfortunately worded comments. Although ECB president Mario Draghi might shoulder some of the blame – for suggesting that markets would have to get used to higher volatility, and that the ECB condoned it, as long as long-term interest rates were so low – this bond rout is different.

First, no-one needs reminding that 10-year Bunds, back in April 2013, were about 120 basis points higher than they were before this year’s rout began. This time, economic growth, although weaker than most policy makers would like, is already present within much of the developed market universe, as are, more importantly, the signs of the return of inflation. While the recent inflation data might well be temporary, inflation expectations are rising as deflation fears wane.

Almost in the background for a few weeks, then periodically surging to the forefront, the Greek government and the Troika – the IMF, the European Commission and the ECB – have carried on their tortuous debt negotiations. While most expect that a compromise, possibly messy, will be reached to keep Greece in the EU, no one is underestimating the potential for far-reaching disruption and uncertainty. In fact, Greece could have to introduce capital controls, as deposits at Greek banks continue to drain out alarmingly quickly. With so much at stake for both sides, these negotiations retain their capacity to dominate investor thinking.

Mired in a corruption scandal that looked, at one point, as if it could bring down the government, it is remarkable that BBB-rated* Petroleo Petrobras, the Brazilian energy company, managed to launch a $2.5bn (€3.5bn) century bond. That the reputed book size was about $13bn is even more surprising. Only months earlier, on 31 March the Petrobras spread curve – spread versus duration – of its bonds in issue was, according to Citigroup, displaying “a classic distressed debt shape, all equal claims at similar dollar prices”.

Unsurprisingly, this bond did come 60-80 basis points cheaper than existing issues, but was well priced to attract investors, with its 8.45% yield. And the issuer was happy as, given the shape of its spread curve, it might not have been able to borrow any cheaper at shorter maturities anyway.

Although the Petrobras story is a positive one for now, so far it has retained its investment grade rating from S&P, the outlook for emerging market corporate debt, and high yield in particular, is not especially cheering; the emerging-market high-yield (EM HY) corporate default rate is on the rise.

Ukraine’s corporate defaults are undoubtedly connected in some way to the extreme disruptions and tensions caused to the economy by the conflict with Russia. But elsewhere in emerging markets, corporate defaults have been due to events far more familiar in the developed markets – collapsing energy prices, tighter lending requirements, fraud and corruption.

For some observers, this trend of the corporate default rate in EM HY more closely following its US equivalent is another indication of the maturity of the EM HY sector. Of course, it is not feasible to consider any corporate in geographic isolation; there will always be some impact from the sovereign state.

And to that extent, the outlook for EM HY corporate debt is poorer than for the US, despite the higher average credit rating for EM HY corporate. Although the sovereign emerging market default rate has remained steady, with only Ukraine and Argentina on the list, the tensions and extreme volatility seen in the developed world’s bond markets, as the world waits for the Fed, could mean that the extra bit of compensation demanded by emerging market debt investors might have to rise considerably.

With Europe at the epicentre of the bond meltdown, it is perhaps not surprising that there has been a divergence of performance between US and European investment grade (IG) credit markets, with spreads in Europe widening significantly more than their US counterparts. While neither asset class has returned much to cheer so far this year in absolute terms, given the headwinds from government bonds, US IG has done pretty well.

There are bulls who argue that, at this juncture, US IG is good value, not least because of its hitherto underperformance to other risk assets. They point out that it is cheap relative to equities, that spreads are still not down to historical tights and that this stage of the economic cycle has, almost always, been good for investment grade credit.

However, after last year’s record (net) issuance in the sector, there has also been a huge amount of issuance in US IG so far this year, too, with month after month of issuance over $100bn (€89bn). Much of the cash raised appears to have been used to help fund a big increase in M&A activity.

Several factors might suggest support for IG could improve from now. For a start, this flow of new supply is forecast to diminish significantly over the remainder of the year. Secondly, the issuance has been concentrated in just a few sectors.

But even more optimistic forecasters are keeping an eye on credit quality. In this potentially low-earnings-growth environment and with access to low-cost funding, the temptation to leverage up is not going away, yet.

The dollar bulls are standing firm, convinced that the currency’s upward trajectory is safe despite much dull and disappointing economic data from the US, as well as the rekindling of growth fires in Europe and a meaningful rebound in the euro.

With significantly higher yields and volatility in Europe, this year’s euro denominated bond issuance – by foreign corporates in particular – has declined markedly and, with that, there has been far less selling by borrowers of their euro proceeds to pay down their more expensive US dollar debts. Coupled with much less euro hedging activity as many potential foreign buyers of European equities stay on the sidelines, combined with the unwinding of existing hedges as the value of their European equities holdings declines further, the downward pressure on the euro has lessened.

While some forecasters have been nudging up their longer-term targets for the EUR/USD pair, the dollar index seems fairly likely to rise once US monetary policy is tightened by the Fed. This is not least because so many other currencies, in emerging markets (EMs) in particular, appear so vulnerable to any reduction of global liquidity.

The greatly increased volatility will be damaging for all EM foreign exchange carry trades, another pillar of significant support for the currencies. Worryingly, EM FX did not show a historical tendency to move higher as the dollar weakened in the early weeks of June and instead EM FX has been weakening. 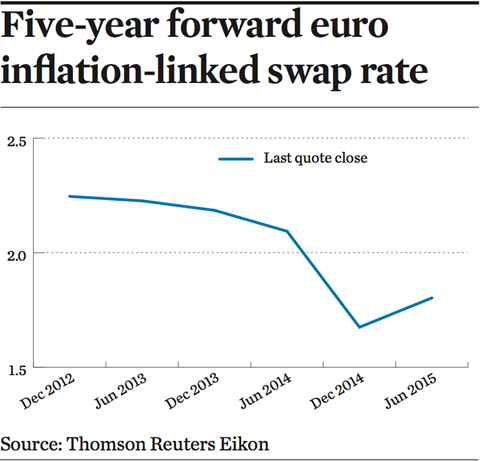