ATP’s head of press, pensions and investment, Anders Klinkby Madsen, is moving to the Danish Investment Funds Association (Investeringsfondsbranchen or IFB) to lead the industry body as chief executive from 1 August. 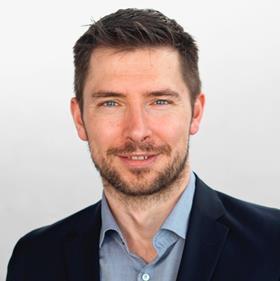 The association said that, with the appointment, it was expanding its management in response to growth in the organisation, as well as an increase in the demands placed on it over the last 10-15 years.

The IFB’s current director Jens Jørgen Holm Møller will continue in his role alongside Klinkby, focusing particularly on the technical aspects of work within the sector and continuing to represent Denmark within a Nordic, as well as an international, context, the organisation said.

Tage Fabrin-Brasted, chair of the IFB board, said: “Among other things, there is a need to strengthen communication with the world around us and have a closer dialogue with the many interested parties in the sector.”

He said the association had carried out a recruitment process in which it assessed several candidates, and had found the most suitable one.

“Anders Klinkby has a profile that combines strong skills in communication, stakeholder work, management and investment,” he said.

Klinkby said he was very pleased with the new job.

“Investment funds play an important role for private savers, institutional investors and for the companies that the funds manage assets for,” he said.

Before becoming head of press for pensions and investment at ATP, Klinkby held roles at Danske Bank including group head of press.

IFB changed its name a year ago from Investeringsforeningsrådet (IFR).