Chart of the Week: At the precipice of cost transparency

An annual conference of UK local authority councillors, pension fund managers and finance directors was disrupted by climate change protestors earlier this week – but they were not the only ones seeking to shake up the status quo.

Next week, the Cost Transparency Initiative (CTI) – the body set up by asset owners and managers to finalise and monitor cost disclosure models for institutional investors – is set to publish its first templates, according to the Pensions and Lifetime Savings Association’s (PLSA) Joe Dabrowski.

In a session on costs, Dabrowski told conference delegates: “We are standing very much at the precipice of starting a new era next week, with forthcoming templates, reporting and guidelines from the CTI.”

Backed by the PLSA, asset management industry group the Investment Association and the Local Government Pension Scheme’s (LGPS) advisory board, the CTI has already run pilot programmes with around 20 investors, Dabrowski said.

“We are now at the point where we are pretty much ready to launch – and that is going to be a substantial change for everybody,” he said. “These [templates] will be the industry standard.” 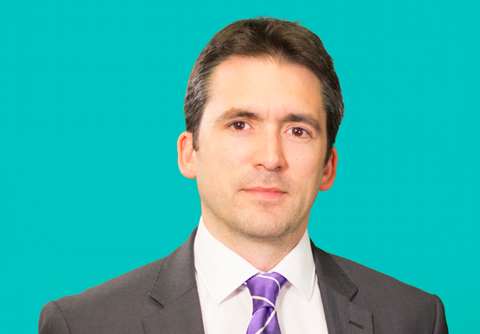 The work leading up to these templates has already had a substantial effect. Roger Phillips, chair of the LGPS Scheme Advisory Board, announced at the conference that the code of transparency it introduced two years ago had revealed investment costs of more than £1bn across the system.

However, he was keen to emphasise the importance of the “narrative” around the figures, given the LGPS’ leading role in improving cost transparency in institutional investing. These were not new costs, Phillips said, but predominantly existing costs that had not been fully reported before.

However, as the LGPS has grown – English and Welsh schemes now have £275bn in assets between them – costs have not, it seems, grown at the same pace.

As the chart above shows, investment fees have grown as a proportion of assets under management, but much less steeply: by 11 basis points since 2014, and only 3bps since 2015.

Another relative success story for LGPS funds, as Phillips reported, was falling administration costs. The cost per member has been volatile in recent years as local authorities have had to implement a shift from final salary to career average accrual, but even as overall membership has grown, the cost of administering LGPS benefits has fallen to £32.74, down almost 9% year on year.

Data for 2019 will not emerge for a few months as individual LGPS funds prepare their reports, but it is likely to show another nominal increase, reflecting the increasing impact of the disclosure work. Proportionally costs may increase too, given volatile equity markets and growing exposure to illiquid assets, the fees for which are typically higher than for traditional listed assets.

Phillips called on LGPS staff to “shout from the top of the mountain” about the system’s success in creating a workable cost disclosure tool that is now set to be rolled out across the UK pension sector.

However, Dabrowski was keen to emphasise that the CTI’s work had only just begun.

“It’s been a long journey for cost transparency, and the journey doesn’t stop next week,” he said. “It continues, it will evolve and emerge, undoubtedly, over time.”