Chart of the Week: The changing Irish pension landscape

The 2018 IPE Conference & Awards arrives in Dublin next week, with Ireland in the midst of a series of ambitious pension reforms.

The Irish welfare department closed its auto-enrolment consultation on 4 November, but this was just one part of a number of changes planned by the government.

(Jerry Moriarty, CEO of the Irish Association of Pension Funds (IAPF), will take part in a panel discussion on this topic on the morning of 4 December, alongside State Street’s Amlan Roy and former NEST chief executive Tim Jones – the full conference programme is available here.)

Another strand of the reform package relates to consolidation of defined contribution (DC) schemes. There were 9,400 company-related DC schemes at the end of 2017, according to regulator The Pensions Authority, with active 268,000 members.

But while membership of DC schemes has grown by almost 40% in five years, the regulator’s data indicates that consolidation is already under way.

DC scheme membership is on the rise, while the number of active members of defined benefit (DB) schemes in Ireland has declined by just under 8% since 2013.

Meanwhile, in the defined benefit (DB) world, the trend from DB to DC is as obvious in Ireland as it is in many other countries.

The government promised to introduce stronger rules for DB schemes as another strand of its reform package, announced in March. Lawmakers have lobbied for some time for measures to stop employers abandoning underfunded DB schemes.

Separately, Ireland has also consulted on changes to its state pension system, with the government’s response yet to be published. 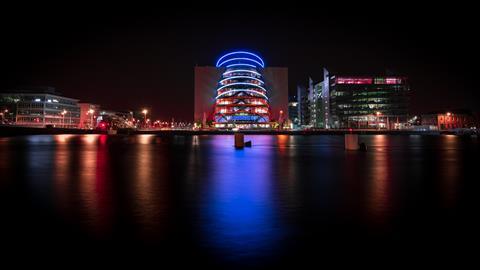