After unfurling a banner, the protesters were invited to stay by PLSA chair Richard Butcher.

In response, Sunak said it was “not my job to tell anyone in this room how to invest their funds”. 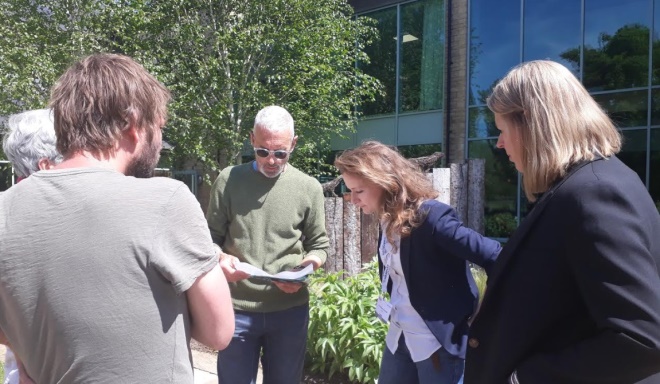 He said: “Everyone in this room represents their scheme members to the best of their ability and ensures that they’re fulfilling their fiduciary responsibilities, engaging with their various stakeholders and providing them with security in retirement.

“It would not be for me to tell individual funds ‘you must do this, you must do that’. That’s not how this game works. No minister… is making individual investment decisions for 89 different pension funds.

Sunak was pressed by Janson on the need for “direct action” to keep global temperature increases to below 2°C above pre-industrial levels – one of the main goals of the 2015 Paris agreement.

The minister said: “I don’t disagree that we require some hard action… but what I completely disagree with is that we’re not doing anything about it.” 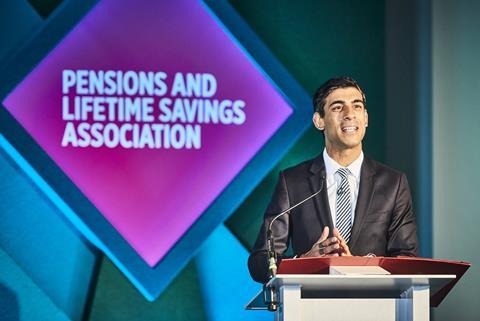 Sunak highlighted reductions in emissions across the UK, as well as the country’s growing use of renewable energy. Earlier this month it emerged that the UK had gone more than a week without using fossil fuels for the entire country’s energy needs, a new record.

He added: “These things are not straightforward. They involve change for all of us in our day-to-day behaviours and lifestyles. We have to do that in a pragmatic and measured way to make sure that we actually get the benefits.”

The Extinction Rebellion branch in Swindon, where the conference was held, posted on its Facebook page after the event that fossil fuel companies were “worthless ‘zero assets’ that are literally killing people right now and threaten everyone’s lives right now”.

“There is no time to left to ask politely and be ignored; this has already magnified the cost of putting our mistakes right,” the group said.

A number of LGPS funds and asset pools have been taking action to prioritise environmental issues within their investment strategies.

The Brunel Pension Partnership – a £28.9bn collaboration between 10 LGPS funds – has allocated to renewable energy and impact funds in recent months, as well as backing multiple global investor collaborations on climate change and other responsible investment issues.

Other pools including LGPS Central and Border to Coast Pensions Partnership have also thrown their weight behind international groups and campaigns, including the Institutional Investors Group on Climate Change.

Merseyside, Brunel and the £1.3bn Islington Pension Fund jointly pledged in October to increase their allocations to low-carbon investments such as sustainable infrastructure, and reduce their exposure to carbon-intensive assets.