The sponsoring employer announced that Liz Airey was to take over from Spencer as chair of the scheme’s board of trustees at the end of this year.

Airey is currently non-executive chair of Jupiter Fund Management and a former chair of the Unilever UK Pension Scheme.

When Spencer arrived at Rolls-Royce the scheme had roughly £4.5bn under management and a £500m funding deficit. According to the company’s 2016 annual report, at the end of that year the scheme had £13.4bn of assets and a surplus of more than £1bn.

He oversaw an overhaul of the scheme’s investment strategy that placed more emphasis on liability-matching assets, shifting away from an allocation of roughly 70% in equities.

“Paul’s leadership was pivotal in overseeing the successful implementation and further development of the new liability-matching strategy which was a bold change in direction, but which has since become the benchmark for effective risk management of pension schemes,” said Joel Griffin, head of pensions at Rolls-Royce. “It was crucial in protecting the funding position of Rolls-Royce’s pensions through the 2008 financial crisis and subsequent period of declining yields which have caused so many pension schemes’ funding positions to suffer.”

In addition to the investment changes, Spencer’s trustee board pushed through a restructure of the company’s UK pension arrangements, merging four schemes into one and sealing a £1.1bn buyout deal to transfer the Vickers Pension Scheme to Legal & General a year ago.

Griffin said Spencer was leaving the scheme “in an exceptionally strong position”. 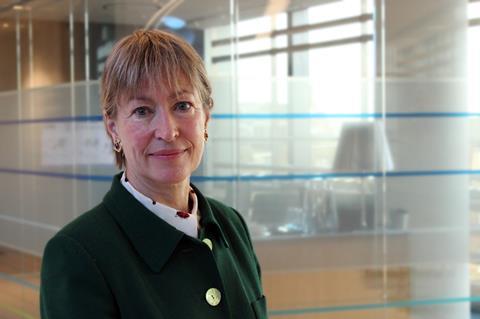 Liz Airey has been non-executive chair of Jupiter’s board since 2014, and chaired Unilever’s UK pension trustee board between 2008 and 2014. She has held non-executive roles at Tate & Lyle, Dunedin Investment Enterprise Trust, JP Morgan European Smaller Companies Trust, Zetex and AMEC.

Paul Spencer is also chair of the BT Pension Scheme, and was chair of British Airways’ two main defined benefit schemes until his departure in 2015 amid a disagreement over the investment policy.