A UK transport company is suing the government over its decision to ban it from bidding for three lucrative rail franchises.

Stagecoach’s bids to run railway services on three routes in England were all rejected by the Department for Transport (DfT) after the company opposed a requirement to contribute to the Railways Pension Scheme (Railpen). Stagecoach has claimed it would have to shoulder more than £1bn (€1.2bn) of potential pension costs to comply with the department’s bidding rules.

The group announced on 8 May that it had issued a claim in the UK’s High Court in London alleging that the transport ministry had “breached its statutory duties… in connection with the procurement of the new East Midlands rail franchise”.

In addition, Stagecoach said it was preparing separate legal claims against the DfT relating to its decisions on the franchises for the West Coast and South Eastern routes. It also said it would seek a judicial review of the process for the East Midlands route. 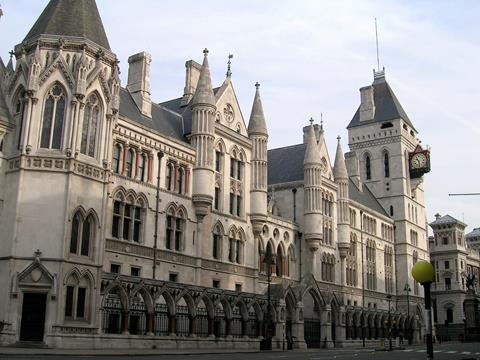 “The… claim that has been issued and the further legal actions under preparation vary in certain respects but common to all is our refusal to accept the potential pension risks that the DfT requires operators to bear in relation to the three new franchises,” Stagecoach said. “The full extent of these risks is unknown but we estimate them to be well in excess of £1bn.”

Railpen had £27.5bn assets at the end of December 2017, according to its latest annual report, but did not report its liabilities. At the time it catered for more than 340,000 members and had 169 sponsoring employers.

The pension scheme has traditionally been guaranteed by the state, but Stagecoach has accused the DfT of trying to transfer ultimate responsibility for funding the deficit onto railway operators.

In a letter sent in April to Frank Field, chair of the UK parliament’s Work and Pensions Select Committee, Stagecoach CEO Martin Griffiths accused the DfT of being “reckless” and “constantly changing position” regarding pension funding rules.

In a statement on 2 May, Stagecoach claimed that the UK’s Pensions Regulator had estimated that Railpen had a £7.5bn shortfall and was “seeking significant additional contributions to the scheme which are as yet unquantified”.

“In view of the legal action we have taken today we believe it would be untenable for the DfT to proceed to sign any contract for the East Midlands franchise without a full and proper review of the procurement of that franchise to help restore public confidence in the process,” he said.

Abellio, which already operates four UK railway routes, said ensuring that Railpen was fully funded had been an “ongoing responsibility for everyone involved in running the railway” for “many decades”.

In a statement issued on 8 May the company said: “Abellio is working constructively with the pension trustees, Rail Delivery Group, employee representatives, the Department for Transport and the Pensions Regulator to maintain the pension scheme for the long term.

“Abellio, along with many other multinational organisations who have submitted compliant bids for current competitions, are satisfied that the protection mechanism put in place by the Department for Transport suitably balances all parties’ risk.”

In a letter to Frank Field and Lillian Greenwood, chair of parliament’s Transport Committee, the transport minister Chris Grayling said no new or additional demands had been placed on franchise bidders.

He also stated that companies bidding for the East Midlands route were made fully aware of the funding position and requirements, as well as the involvement of the Pensions Regulator, and were permitted to resubmit bids in September last year in light of the information.