Danish pension funds PFA and Industriens have responded cautiously to a proposal from the country’s IT industry association to launch a state-supported venture capital fund for the sector.

The Danish IT industry association, IT-Branchen, has outlined a proposal for a new venture capital fund-of-funds to raise money for the sector, targeting investment of 1% of pension fund contributions in Denmark, which would equate to around DKK1bn (€134m) a year.

Henrik Nøhr Poulsen, chief investment officer of equities and alternatives at Denmark’s biggest commercial pensions provider PFA, told IPE: “We are very interested in investing in companies that create Danish jobs. However, it is [important] that the investments go hand in hand with PFA receiving a reasonable return proportional to the risk we take.”

Nøhr Poulsen said venture capital was an area of investment he had studied and backed over the last 20 years.

“Based on the generated results, we see a mixed picture,” he said. “Overall, Danish venture funds have not performed satisfactorily – in fact they underperformed compared to other investments.”

Jan Østergaard, head of private investments at labour-market pension fund Industriens Pension, said: “Such an investment depends on a number of parameters, which we do not know yet.

“Generally speaking, investments in Danish venture funds are relatively risky, and it is crucial be very selective in relation to which venture funds you will invest in.

“We would like to consider it more closely if we get more details, but we will hardly invest a very large amount in the area due to the investment’s risk profile.”

According to the plan, the fund – Dansk Venturekapital – is to be established along the same lines as two existing growth funds from state financing fund Vækstfonden, known as Dansk Vækstkapital 1 and 2. However, the new vehicle is to comprise 50% venture funds and 50% private equity funds, according to the proposal.

It should be set up within the next one or two years, IT-Branchen said, so it is ready at the point when Vækstfonden has invested funds from Dansk Vækstkapital 2.

Pension funds could invest half of the capital in the form of debt, with first losses covered by Vækstfonden, the proposal suggested.

Peter Wilmar Christensen, co-founder of software company Greenwave Systems and chairman of IT-Branchen’s capital committee, said one in five IT businesses in Denmark found lack of capital was a significant barrier to growth and job creation.

“If we are going to get growth companies up and running, we must have Denmark’s biggest money tanks in the game,” Christensen said. “The pension companies have some giant stores of money, but they are used to a large extent for bonds and shares in large international businesses.”

He added: “Why not get some of these many billions of kroner out and working for small and medium-sized Danish companies, so that all Danes can benefit from the shift to digital?”

But PFA’s Nøhr Poulsen said previous returns from Danish tech companies meant it would be more selective at home than in the US, for example.

“We have similar investments in both Denmark and abroad,” he said. “Last year, we, together with ATP, invested in the private equity firm VIA equity, which has special focus on Danish tech companies, and we also hold investments in US venture capital funds investing in US tech companies.”

However results were generally better in the US than the those seen in Denmark, he said.

“This does not mean that we will refrain from making investments in Denmark, but our approach to Danish investments are much more selective in this area,” said Nøhr Paulsen. 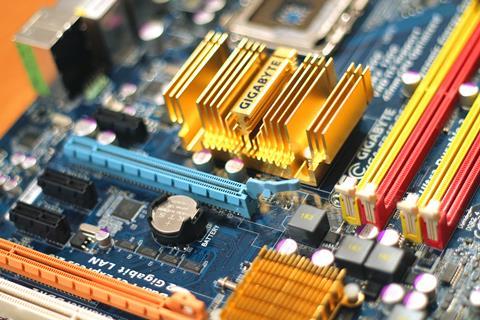