Corporate culture is a big differentiator in determining which asset management firms will succeed in the future, according to new research.

Willis Towers Watson’s Thinking Ahead Institute forecast that diversity and inclusion would be the main factor in shaping working environments in the sector in years to come.

The research paper – The asset manager of tomorrow – warned that many asset managers were making the mistake of focusing on short-term, one-year planning, and failing to back sustainable long-term value.

This, according to the paper, puts them at serious risk of existential threats over the next five or 10 years.

Roger Urwin, global head of investment content at the institute, said: “We believe diversity and inclusion will become a cornerstone of the asset manager culture in the future.” 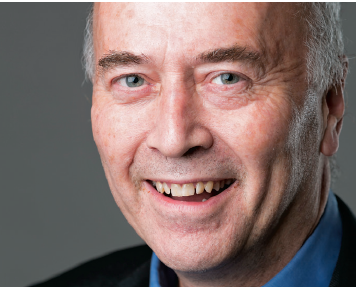 The paper posits that all organisations have developed with a characterisation as machines, and this path has meant some “de-personalisation”. Companies’ effectiveness would therefore often seem to come from organisational design and strategy more than people factors.

“But we will increasingly see the importance of considering organisations through a living organism lens,” it said.

The institute saw culture as a big differentiator in determining the successful asset management firms of the future, Urwin said.

“But perversely, many firms are so hard-wired to the use of precise measurement that they omit culture altogether in their strategy, treating it as a non-controllable item,” he added.

Urwin said the dangers of this were particularly apparent when organisations confronted growth and disruptive changes, because these put even effective cultures into reverse.

“In these situations, it is only with considerable increases in the leadership energy and focus applied to culture that you can maintain its quality and consistency,” he said.

They also built a fairer and better culture, and this in turn helped with motivation and well-being at asset management firms, according to the research.

Successful investment firms don’t dodge industry realities
Asset management firms should have the opportunity to see the future as a choice to be taken with foresight rather than an outcome to be experienced with hindsight, writes Roger Urwin as part of this year’s Top 400 Asset Managers report