The €399bn pension fund said that it would immediately commit €50m to the fund, known as ANET, with more commitments likely in the future.

“We want to be a social partner for the local energy transition and take our responsibility for tackling climate change,” said Geraldine Leegwater, board member at ABP. “ANET enables ABP to make an extra step in contributing to the transition to sustainable energy, while also generating decent returns for ABP’s participants.”

The Netherlands has committed to reducing carbon emissions by at least 49% by 2030, relative to 1990 levels.

ABP said its investments in sustainable energy were aimed at carbon reduction and increased energy efficiency.

It added that its investments through ANET would specifically target energy techniques, including hydrogen, energy storage, thermal grids, geothermal energy, waste processing and biomass, as well as electric vehicles and related infrastructure. 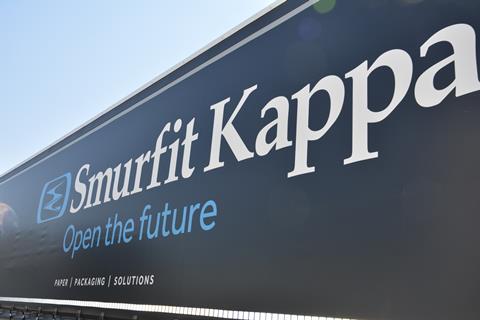 The board of the closed pension fund Smurfit Netherlands aims to liquidate and transfer its assets to insurer Nationale Nederlanden and sister scheme Smurfit Kappa.

The two Smurfit pension funds originate from a merger in 2005 between a former subsidiary of Irish firm Smurfit and Dutch company Kappa, resulting in a large worldwide manufacturer of packaging.

The new company started merging its two pension funds in 2017, when the Smurfit Kappa scheme took over pensions accrual for the participants of its sister scheme, which subsequently closed to new entrants.

Pension fund Smurfit Netherlands, which has 1,200 participants, runs a defined benefit (DB) plan for salaries up to €40,000 and a defined contribution (DC) scheme for any earnings over this level.

However, it has now decided to liquidate altogether, citing significant costs of maintaining the scheme, increasingly complex legislation and regulation, and stricter requirements for trustees.

Its €150m of DB capital will transfer to Nationale Nederlanden.

Steven Stoffer, chairman of the €700m Smurfit Kappa fund, said his scheme would continue to exist “in particular as its funding has increased to over the required minimum level of 104.3% in 2018”.

Pensioenfonds Smurfit Kappa has approximately 5,000 participants and has outsourced asset management for its DB plan to PGGM.

Two Dutch industry organisations for pension advisers and experts have joined forces in order to increase the professionals’ voice in debates about various issues.

It will be co-chaired by Borgert Tegel and Johan van Eekhout, the chairmen of the NOPD and RPA, respectively.

“We want to increase the combined number of members from 300 to 500, covering more than 50% of the market,” said Tegel.

He added that the goal was to become a true occupational association, with education requirements as well as disciplinary rules.

Tegel said the Pensioenorde wanted to join debates about new rules and legislation “as we see in practice where things can go wrong”.

He said that the organisation had already taken part in consultations on new rules about pensions and divorce.

The members of the Pensioenorde work at a variety of large and small consultancies, but have joined the organisation on an individual basis. However, Tegel said that the industry organisation would also open its membership to companies.