The regulator said it aimed to gather data on at least 60% of the European defined benefit (DB) and hybrid market by assets, and 50% of the defined contribution (DC) market.

All countries in the European Economic Area with “material” IORP assets – defined as at least €500m of assets in total at the end of 2018 – must report data to EIOPA. This includes the UK, despite the country’s impending exit from the European Union.

However, the bulk of the assessment remains concerned with the impact of a “stressed market scenario” on the sustainability of European pension funds.

EIOPA said: “Developing further the methodologies and approaches used for previous exercises, the 2019 stress test has been complemented to assess pension funds’ potential reaction to the adverse market scenario on their investment allocation to understand better possible conjoint investment behaviours that may be relevant for the stability of the financial markets.

“Also, the effects of conditional cash in- and out-flows, which may mitigate or amplify the effects of the adverse market scenario on DB pension funds, can be assessed following an enriched cash flow analysis.”

The European regulator also said it would allow “significantly more time” for pension funds and national authorities to collate and report data, following feedback on the 2017 exercise. 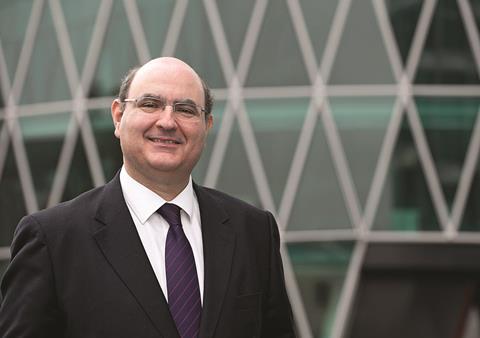 Pension funds will have until 19 June to submit data to national regulators, which in turn must collate the information and report to EIOPA by 28 August. The final report is expected to be published in December.

EIOPA chairman Gabriel Bernardino said: “In light of the challenging economic environment and the public’s attention to its effects on private pensions, EIOPA’s 2019 Occupational Pensions Stress Test is an important, highly relevant and timely exercise to provide insights in the sustainability and vulnerabilities of occupational pensions in Europe.”

The assessment revealed a €700bn shortfall across the sector, but PensionsEurope disputed the significance of the finding.

It argued that EIOPA had made very strong allegations about the health of IORPs based on its own theoretical model, when this “common balance sheet” had not been adopted by the EU or any member state and the rules used at a national level did not support EIOPA’s findings.

“The differences in findings highlight how EIOPA’s model is not fit for purpose,” PensionsEurope said.

The full timeline for the 2019 stress test is available on EIOPA’s website, including reporting templates for DB, DC and hybrid schemes.