The State Pension Fund of Finland (Valtion Eläkerahasto or VER) has come up with an explicit return target for the first time since it was set up 26 years ago, as part of a self-initiated project to firm up its investment aims and increase the integrity of its operating rationale.

The fund has an aim, laid down in law, of growing and amassing enough assets to fund 25% of the state’s employee pension liabilities, but until now, the point at which this should happen has not been defined.

As a buffer fund with no fixed liabilities or timescale for orientation, and dependent on inflows and outflows VER cannot influence, the fund has so far aimed for fairly generic risk-adjusted returns within the confines of its investment limits.

The first target has been set at 3.4% in real terms per year and was arrived at with reference to when the Finnish state’s pension liabilities for its current and former employees – and also public age-related spending more generally – are due to peak.

Timo Viherkenttä, VER’s chief executive, told IPE in an interview: “We have this 25% funding objective we should strive for and now have specified ourselves when we should reach this, and our aim is 2033. 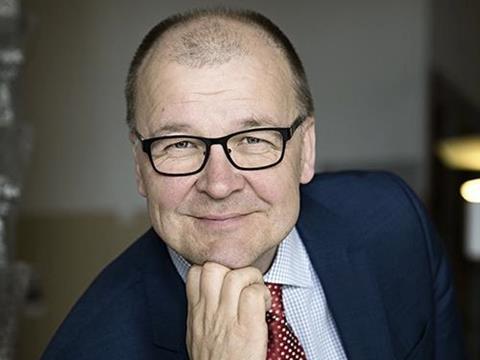 “Seventeen years is a long time horizon, but it is not eternal, and it gives us a reason to take a look at tail risks, although we are a long-term investor.”

The work on setting the annual return target to achieve this time objective has been occupying staff at the fund for most of this year, he said, but there will still be more discussion about how to adjust the portfolio and ample time to do it.

From now on, the starting point for VER in building its portfolio is to find a mix of investments that will fulfil the return target over the long term, Viherkenttä explained.

“I feel this is relatively ambitious, as it is not easy to find portfolios that would deliver this,” he said.

“Tentatively, it looks as if only surprisingly small changes will be needed in spite of the new strategy,” Viherkenttä said.

One element of future asset allocation will be to increase diversification in the direction of inflation protection.

“But the main point is to look at how our whole portfolio fares in different environments, so this could mean doing different things, but investments in infrastructure and real estate will play a part.

“It’s a mixed picture depending on how the main asset classes such as equities are performing.”

Viherkenttä added that the real return target and strategy to reach it would be reassessed every year from now on.

“If we had a bad investment year,” he said, “then we would need a higher annual return, so we would probably be increasing the risk in the portfolio, and that’s how it should be because, if stock markets came down next year, it would be a good time to increase the risk in your portfolio. There’s an intrinsic logic to that.”

Though the fund has produced good returns over the years, Viherkenttä said it was somehow unsatisfactory that the reasoning for investment choices was not really derived from any concrete aim.

“Setting this target has to do with integrity in that you have to base your activities on the very task you have been given,” he said.

VER had total assets of €18.5bn at the end of September.

For more on pensions in the Nordic region, see stories from IPE’s special report here