This year’s summer tensions in shallow markets have again been apparent. The fallout from the trade dispute between China and the US is having a global impact. Together with economic weakness almost everywhere, a global policy easing cycle could be imminent.

The rally in global bond markets reflects a deepening concern about economic weakness, led by the escalating trade dispute. Weakening business sentiment is reflected in the sharp decline of the PMI index of economic trends. Added to this is a niggling fear that the resilience of the US economy might be at risk.

The US Federal Reserve’s recent quarter point rate cut, though widely perceived as hawkish, joined the raft of central banks eager to show their dovish credentials in the face of softening data. In many cases, official interest rates have been reduced to historically low levels.

August saw record lows for many government bond yields across the globe – with the entire German yield curve at all time lows (and mostly negative). The Chinese currency is now fixing above 7.0 against the dollar for the first time since the start of the financial crisis. Perhaps reflecting the strangeness of the times, the gold price has reached multi-year highs. 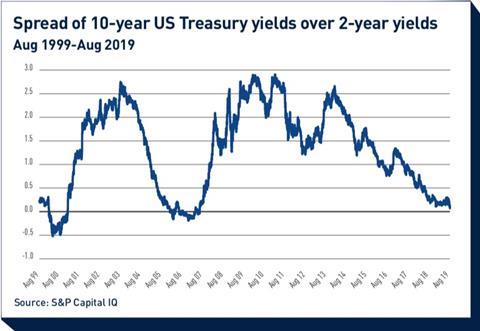 There is rising unease, in some quarters, about the erosion of central bank independence – considering the Fed’s move in the face of a belligerent White House, President Erdogan’s sacking of Turkey’s central bank head, the appointment of a political head at the Reserve Bank of India, as well as the criticism of the Bank of England from pro-Brexit politicians.

Whereas most agree that central bank independence is positive, there have been criticisms that they have been wielding too much power. Critics argue that central banks are tasked with solving too many problems. Such over-stretch could raise questions about the accountability and governance of these, mainly unelected, bodies.

This spring saw the passing of the 20th anniversary of Japan’s (first) Zero Interest Rate Policy (ZIRP), as the authorities struggled to revive the economy the collapse of stock market and real estate bubbles. The economy endured zero interest rates for several years. Ten years after that first ZIRP, the financial crisis pushed the BoJ into a second stint. Several other central banks also introduced ZIRP for the first time.

Having essentially failed to generate either growth or inflation over the past two decades, investors have avoided Japanese assets. They dislike not only low growth, but ageing demographics, high public debt, low capital spending, and the low yield on JGBs.

Though often damaging to its export-oriented corporate base, the yen has acted as a safe haven in times of market stress. That is because of the country’s current account surplus and the use of the Japanese currency in carry trades, so popular in risk-on times.

Today Japan, Europe and other economies still have near-zero rates. This has led many to wonder if the euro-zone is following Japan’s downward path. That would mean spending the next decade struggling to emerge from aneamic economic growth, persistently low interest rates and low inflation. The threat of deflation would never be removed.

Japan’s demographics – the most rapidly ageing nation in G20, with the highest life expectancy in the world – contribute to those structural factors keeping growth, inflation and interest rates low. These include a shrinking workforce, a diminishing domestic demand, increasing risk aversion, as well as an increasingly strained social security system.

Though Europe’s population may not be ageing as quickly, it is facing other challenges. Not least of these is the rise of populism, in the face of intensifying social inequalities, within a large group of disparate and disjointed political systems.

Bonds
With German Bund yields hitting historical lows across the curve, and the imminent disappearance of the last positive yielding Japanese government bonds (JGBs), rate markets across developed markets are again journeying down.

Those US yield curve inversions which preceded recessions have, on average, tended to last a year before the onset of recession. They have often been severely inverted, especially when prevailing inflation has been high. Though only apparent for the last two months, the current curve is deeply inverted, particularly when considering the accompanying low inflation level.

It is notable that the Fed’s July rate cut did not lessen the inversion. Given the shallowness of summer financial markets, including the Treasury market, it may be too soon to prepare for recession, as there seems to be a lot of bad news already priced in.

Although the consensus is that the US economy will slow and that there is little scope for higher rates outside the US, tricky summer trading conditions may not be the time for taking a view on rates.

Japanese and European rates again languish around that Effective Lower Bound (ELB) and there may be a strong argument for Treasuries yield spreads over JGBs and Bunds to continue narrowing. The Fed has more room to ease than either the Bank of Japan or the European Central Bank, both of which would have to rely upon further unconventional easing policies.

Currencies
Fixed income markets have, understandably, been focused on the dollar-renminbi rate. It has reached the symbolic figure of 7.0. While the US was quick to denounce China as a currency manipulator, the weakness in the renminbi owes a great deal to US policies and tariffs. That the Chinese authorities allowed the move through 7.0  is, however, a significant moment.

For nearly quarter of a century, the US and China have managed to tiptoe around currency tensions, and avoid the ‘manipulator’ label. However, in today’s climate, perhaps the Chinese decided that with the US already antagonised they might as well reap the benefits of a weaker currency.

There is, however, lively debate as to just how much depreciation the renminbi can endure. Some argue that the currency may continue to depreciate, to about 7.3 or 7.4, as trade war tensions escalate, and economic growth forecasts are downgraded. Others suggest that Chinese policymakers are downplaying the breaching of the level, and would prefer to limit their currency’s decline, and should contain depreciational pressures.

While there may be some fears that the trade war is morphing into a, more dangerous, currency war, at present this seems more of a tail risk than the outcome. However, most agree that tensions look set to further escalate.

Either through close trade association with China, or through commodities, many emerging market currencies and others including the Australian and New Zealand dollars have had a torrid time versus the dollar as trade war tensions increased.

Although the euro is a safe haven currency, there is a growing list of woes facing the economy. Europe, already facing headwinds from falling world trade, is facing other potential challenges. These include the UK tumbling towards a possible no-deal Brexit, prospective elections in Italy and weak economic news from Germany. The outlook is bleak and uninspiring. 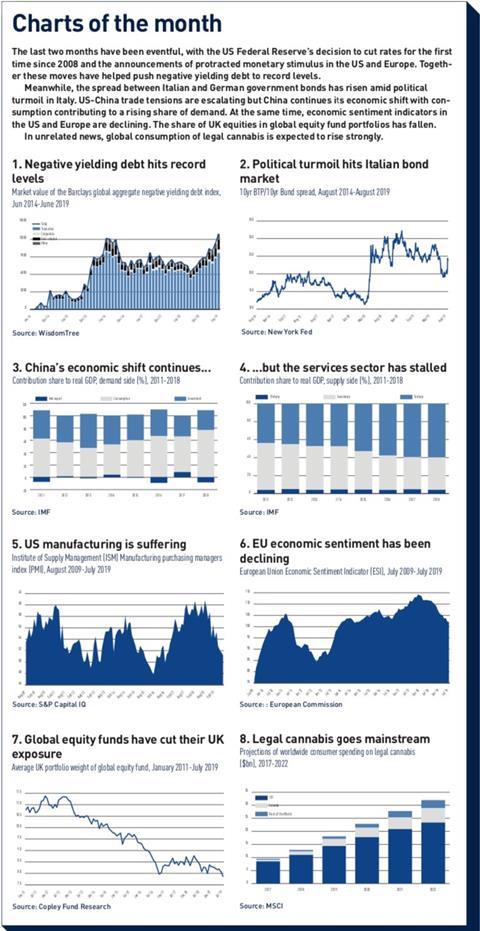