FRC under fire over accountability, links to UK audit profession

A war of words has erupted between the UK Financial Reporting Council (FRC) and leading investor interests.

The FRC’s corporate governance and reporting director Paul George launched a strong defence of the audit watchdog’s record on accountability and oversight of the audit profession.

In a letter to Natasha Landell-Mills, head of stewardship at asset manager Sarasin and one of the co-signatories to previous letters of criticism regarding the FRC, George said: “We are ultimately accountable to parliament. We send our annual report to the secretary of state, who lays it before parliament each year.

“We also consult on our annual strategy plan and budget each year and hold bi-annual open meetings.”

He also defended the FRC against the charge that it was too close to the audit firms it regulates.

“As the competent authority for audit within the UK, we require input from individuals with relevant skills and knowledge on highly technical issues,” he said. “It is understandable, therefore, that we need to draw on expertise from those who have worked in the largest accountancy firms.”

George said that although five of the FRC’s 15-strong board were drawn from an audit background, the remainder came from backgrounds as varied as investment, the actuarial profession and the civil service.

In a bid to head off the charges of being too closed, the FRC recently pledged to publish a register of interests.

“It is our view that the FRC in its current form cannot be relied upon to provide essential scrutiny of the audit profession.”

In addition to defending the FRC’s record on the independence of its funding and its dual role as both a standard-setter and enforcer, George – himself a former KPMG audit partner – also clarified the FRC’s status under the UK Freedom of Information (FoI) Act.

The FoI Act allows the public to request information from public sector bodies, including financial regulators such as the Financial Conduct Authority.

George’s intervention comes after an investor coalition – including Sarasin, the Local Authority Pension Fund Forum (LAPFF) and the UK Shareholders’ Association – accused the watchdog of being too riddled with conflicts of interest to regulate the audit profession adequately .

This in turn followed a similar demand a year ago from consultancy PIRC, which said the FRC should be broken up after it emerged the watchdog had failed to enforce stakeholder reporting provisions in section 172 of the UK’s Companies Act 2006.

Now, as part of a wide-ranging reform package, investors have demanded that the FRC’s standard-setting function is spun off from its enforcement role.

They also want a wide-ranging shake up of its funding, and to bring the organisation fully within the scope of the FoI Act, in common with other regulators.

Meanwhile, the public war of words shows no sign of abating. 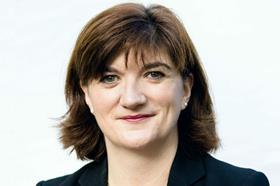 Since George’s letter was published on the FRC’s website, IPE has obtained a copy of a letter dated 13 October addressed to Nicky Morgan MP , who also chairs the highly influential Treasury Select Committee in the House of Commons, the UK’s lower chamber.

In the letter, the investors repeated their call for the government to scrap the FRC’s current structure and place it under robust oversight.

The latest investor revolt was prompted by the FRC’s decision in September to close its investigation into the conduct of KPMG regarding its audit of HBOS’s 2007 activities. HBOS was bought by Lloyds Banking Group in 2008.

The UK audit watchdog concluded that there was “no realistic prospect” that a disciplinary tribunal would rule that KPMG’s audit had fallen “significantly short of the standards reasonably to be expected”.

The letter went on to claim that, despite efforts since 2011 to rid the FRC of conflicts of interest, “it remains excessively dependent on the audit profession for both staff [and] funding”.

The letter continued: “Piecemeal changes to [the FRC’s] legal basis over the years have left its powers and responsibilities confused, which has been exacerbated by opacity and weak governance structures.

“Taken together, it is our view that the FRC in its current form cannot be relied upon to provide essential scrutiny of the audit profession, and does not act as an effective deterrent to substandard audits and also corporate reporting.”