Alexander Friedman, group chief executive officer of Swiss asset manager GAM, has stepped down from his role effective today, according to a statement from the company.

David Jacob, a member of GAM Holding’s board of directors, has been appointed interim group CEO until a permanent replacement is chosen.

Friedman’s departure follows a difficult period for the group, which recorded a net outflow of CHF17.7bn (€15.5bn) in the third quarter of this year in the wake of the suspension of a senior fund manager.

GAM’s share price has fallen by more than 60% since the start of this year, from CHF16 to CHF6 at the close of trading yesterday.

In the statement, GAM chairman Hugh Scott-Barrett backed Friedman’s handling of the suspension of Tim Haywood, head of the absolute return bond team, on 31 July. 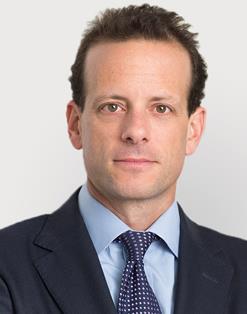 “Alex has ably led the business during a time of unprecedented challenges for the active asset management and hedge funds industry,” Scott-Barrett said. “Alex had the full support of the board in the decision to suspend a portfolio manager in July.

“During his tenure as CEO he has driven a significant programme of change that has made us a more modern, diversified and cost-effective business. We would like to thank Alex for his significant efforts over the last four years and wish him well for the future.”

The chairman said Friedman’s departure was a joint decision that would “better enable us to take the action necessary to support profitability and drive forward the group’s strategy”. He added that the leadership team still had “some important decisions” to make regarding the future of the company.

Jacob joined GAM’s board in 2017, and was previously CEO at Rogge Global Partners from 2014 to 2016. He worked at Henderson Global Investors (now Janus Henderson Investors) for nine years until 2013 in a variety of senior roles including chief investment officer. He has also worked at UBS Global Asset Management, Merrill Lynch Investment Managers and JPMorgan Asset Management.

GAM said his “immediate priority” would be ensuring that “the steps necessary to drive forward GAM’s strategy and to support profitability are actioned as soon as possible”.

GAM was forced to halt dealing on its absolute return bond fund range at the beginning of August after investors began to redeem their money in the wake of Haywood’s suspension. The company subsequently decided to liquidate the funds and return cash to investors, although new vehicles are planned for those investors wishing to remain in the strategy.