The UK’s Pensions Regulator (TPR) has signed off on a restructuring arrangement for high street retail group Arcadia that includes a £310m (€350m) funding deal for its defined benefit (DB) pension scheme.

TPR and the Pension Protection Fund (PPF) both issued statements late yesterday welcoming the funding arrangements. The agreement forms part of a company voluntary arrangement (CVA) to restructure its debt, including shutting stores and reducing rent bills in order to stave off bankruptcy.

Arcadia’s owners – Sir Philip Green and Lady Tina Green – have agreed to contribute £100m in cash to the scheme, while the trustees will be granted security over £210m worth of assets. In addition, Arcadia has agreed with trustees to pay £75m in contributions to the scheme over the next three years.

“This is in addition to agreed contributions of £100m to be paid to the schemes by Lady Green. Given this enhanced level of support, we now consider the updated CVA proposals are sufficient because they provide better protection for scheme members in these difficult circumstances. 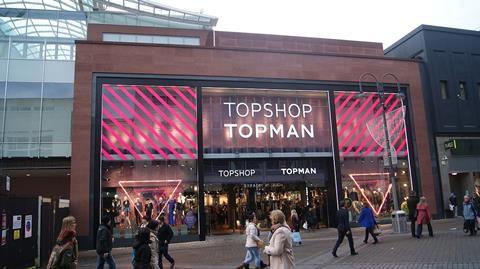 A branch of Topshop, part of the Arcadia Group, in Leeds

“We recognise that the best support for any pension scheme is a trading employer and we feel the CVA proposals now provide the right balance between security for the pension schemes and the chance of sustainability for the company.”

Oliver Morley, chief executive of the PPF, added that the arrangements had secured the lifeboat fund’s support for the CVA, which is to be put to creditors for approval today.

“While we are the largest creditor in this CVA, other creditors will also need to agree the terms for it to be successful,” Morley said. “We therefore want to reassure pension scheme members of the continued protection the PPF gives them.”

According to its most recent available accounts, the Arcadia Group pension schemes had combined assets of £905m as of August 2017, but total liabilities of £1.2bn. 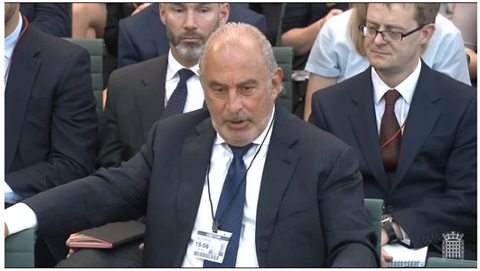 The negotiations around Arcadia’s restructuring and the financing of its pension schemes have grabbed headlines in the UK, largely due to the involvement of Arcadia founder Sir Philip Green.

Sir Philip reached a settlement with TPR in 2017 to pay £363m to the pension schemes of BHS, a now-defunct retail chain that he sold for the nominal fee of £1 in 2015.

Following BHS’ bankruptcy in 2016 – which caused its DB schemes to transfer to the PPF’s assessment period – TPR pursued Sir Philip and Retail Acquisitions, which bought the company, for contributions to the schemes.

The eventual settlement helped BHS’ trustees secure a full buyout with Pension Insurance Corporation last year, meaning all members’ benefits were secured. The PPF caps compensation and indexation for the members of DB schemes it takes on.

A number of UK high street retail groups have faced severe financial difficulties in recent years, with Debenhams, BHS, House of Fraser, Dixons Carphone and Mothercare all having faced hardship or even bankruptcy.