Clive Gillmore is a rarity nowadays among asset management CEOs in that he is keen to discuss what he sees as the difficult moral choices embodied in ESG investment. It is not that he is against ESG in principle, far from it. 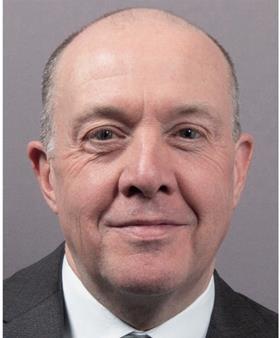 “I’m with everyone else. I am not against ESG per se,” he says. However, he goes on to add an important caveat on how he thinks it should be viewed. “It is not as simple as saying ‘let’s just have free-form ESG and get on with it’.”

To illustrate his point, he conducts a thought experiment involving a market with only two investable companies – an angelic technology firm with perfect ESG credentials and a coal company immersed in what many would regard as sinful behaviour.

The hypothetical technology firm is deliberately drawn in such a way as to appeal to the ‘wokest of the woke’. It has a minimal carbon footprint, complete working flexibility for its staff and perfect gender equality. It also has an exemplary ethnic balance and excellent governance.

In contrast, the coal firm is its dark alter ego. It is not keen on employing women and when it invests abroad it tends to avoid employing locals. It also sucks out huge amounts of water from the local environment.

Naturally, the share prices of these two firms are likely to diverge sharply as investors opt for the technology company. The laws of supply and demand mean that the share price of the technology firm will be bid up relative to its rival over time. The question is, does there ever come a point, perhaps after many years, when the balance shifts so far that a pension fund should invest in the coal company? That could, after all, arguably provide better returns to investors and therefore better pensions.

Before opting for what to many might seem the obvious answer, remember that the coal company exists only because there is a demand for its product. What is more, a sudden shutdown of the world’s coal supply could have devastating social consequences.

“If we said tomorrow that we would not invest in coal at all, we would drive that coal company out of business,” says Gillmore. He says that if such actions were repeated on a global scale there would be blackouts for the next 30 years. He asks: “Is that acceptable or not acceptable?.”

The Mondrian CEO goes on to point out that the reason many in emerging economies resent westerners who insist on “doing the right thing” is the perceived double standards. The West benefited from its industrial revolution and economic development but now it is perceived by many in poorer countries as making such a course more difficult for them.

Despite such arguments, which no doubt many ESG advocates would view with dismay, Gillmore is in many respects mainstream in his views. It is just that he expresses them in a more forthright way than the average CEO. Or at least he is blunter when talking to journalists than his counterparts at other asset management groups would generally be.

For example, he holds the widespread view among asset managers that the ‘g’ in ESG, that is good governance, is simply a matter of common sense. He says that point has been apparent for decades. “Very few investors in the world would go in to bat and say they really don’t give a shit about governance,” he says. “That is pretty rare”

“We can easily embrace ESG issues into our methodology without having to dislocate it, change it, or break the bank in terms of what we do”

In his view, Mondrian is “100% in a very good position in that is has a long tail DDM [dividend discount model] approach to valuing equities. It also helps that it puts a great emphasis on best and worse-case analysis.

“We can easily embrace ESG issues into our methodology without having to dislocate it, change it, or break the bank in terms of what we do. So I’m really really happy about that.” he says.

At the same time, he argues that asset management firms are facing difficult organisational choices in relation to ESG. He says the jury is still out on whether every asset manager will be expected to be fully ESG compliant. There may still be room for products that do not embrace ESG.

Fund managers can, of course, try to do both but that approach itself creates tensions. That is because those clients who are fully committed to ESG might not like the fact that an asset manager pursues both approaches. A pension fund, for example, might not feel comfortable investing in an ESG-compliant fund if the asset manager also has non-ESG funds. Such a manager could be perceived to be lacking in principles, even if that was not the case.

The way around this, for Gillmore, could be to follow some other asset managers in setting up separate businesses within Mondrian’s overall umbrella. Under such circumstances, he says that “neither I nor the manager of that ESG product will feel compromised by the different decisions we eventually make”.

In conclusion, Gillmore argues that it is incumbent on asset managers to think through independently the “moral ambiguity” he says is inherent in ESG. What he calls “groupthink” should be avoided at all costs.

“I don’t have a problem vocalising some of the weaknesses in a system that is designed to help us get to some great solutions long term,” he says.

“Ultimately people want to come to the right conclusions, and understanding the weakness of something is a way to embrace it more fully in the right direction.”