Finland’s third-largest pension fund Ilmarinen has set a strategic target to reduce its fixed income allocation by more than 10 percentage points over the next 5-10 years, reallocating the assets to equities and real assets investments.

Since the earnings-related pension provider had assets of €36.5bn at the end of September, even before allowing for the probable strong rise in assets over the next few years, a 10-percentage-point reallocation from bonds would mean shifting €3.6bn of assets.

Mikko Mursula (pictured), Ilmarinen’s CIO, said in an interview with IPE: “We will be taking money out of fixed income and putting it into listed equities and real assets, though the division of the funds released between these two asset classes is totally subject to the investment opportunities available.”

The low-yielding environment was the main challenge facing Ilmarinen from an investment point of view, he said, noting that yields on 10-year German government bonds had plummeted as low as -0.15% a couple of weeks ago.

“These are levels they have never been to before, and it makes all of us seek alternatives for our fixed income,” he said. 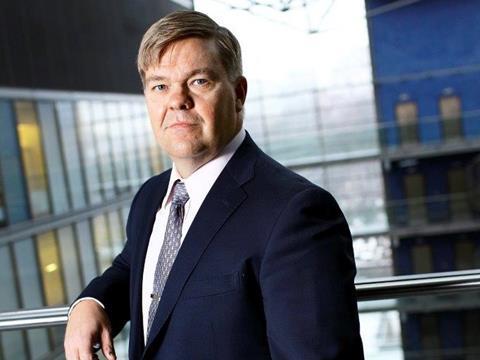 “There is a still lot of money that has yet to come out of the fixed income markets, and this is why we have been looking at investments to hold as an alternative to bonds.”

At the end of September, fixed income made up 44.9% of Ilmarinen’s overall investment portfolio, having fallen from 50.3% 12 months before.

Listed and non-listed equities, shares and private equity investments increased as a proportion of assets, meanwhile, climbing to 39.1% of total assets from 35.7% at the end of September last year.

Mursula said Ilmarinen had around 2% of assets in infrastructure right now.

It is about to become easier for Finnish pension insurers to boost their allocations to listed developed-market equities from the regulation side, as a result of new solvency rules brought in and coinciding with the country’s major pension reform taking effect at the beginning of 2017.

As part of the new solvency framework, the coefficients used to multiply the equity return percentage to determine how much the equity return buffer should be increased will rise to 15% at the beginning of 2017 from 10% now, and rise again a year later to 20%.

“The reasoning behind that is that the expected return from equity is higher than for bonds, and the regulator wanted to raise the average level of risk pension insurers can take,” Mursula said.

For more on pensions in the Nordic region, see stories from IPE’s special report here