A group of investors with a combined $30trn (€26.6trn) in assets has demanded the steel industry update its practices in an attempt to slow man-made climate change, which risks increasing global temperatures to dangerous levels.

In a report entitled Investor Expectations of Steel Companies, the Institutional Investors Group on Climate Change (IIGCC) set out recommendations that the steel industry, which includes a wide range of thousands of companies, should consider implementing to reduce its impact on the environment.

It is the latest move by institutional investors to use their financial might to try and affect change in an industry they consider to be dodging its environmental responsibilities – and is one of the first major attempts focused entirely on those producing steel.

Global steel production accounts for 7% of global greenhouse gas emissions, the investor group said. To keep in line with international government commitments to limit a global temperature increase to 2°C – as per the Paris Agreement – the sector would need to reduce its overall emissions by at least 31%, the IIGCC said, and cut emissions intensity by 55% by 2050.

Stephanie Pfeifer, chief executive officer of the IIGCC, said: “The steel sector still needs to reduce its greenhouse gas emissions dramatically and this will only happen with significant technological innovation.”

This innovation required investment, the group said, and was the only way the steel sector would remain ‘fit for the future’. 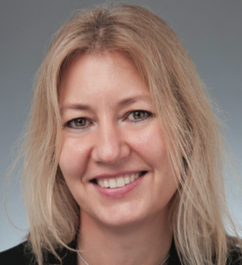 The IIGCC – made up of more than 250 investors – noted that there were clear examples of innovation and pilot projects under way across the sector, adding that significant energy efficiency improvements had already been made.

However, the group highlighted that no steel companies had set long-term emission intensity targets through to 2030 and beyond, something that has been demanded by institutional shareholders in other sectors, such as oil and gas and mining.

The paper set out a framework of expectations and supplementary questions on how companies needed to manage climate risks and accelerate action to decarbonise. These included transition planning, governance and improved disclosure.

Roelie van Wijk, global head of responsible business and public affairs at Aegon, said many of the changes that needed to be made should be addressed at an industry, rather than company, level.

“For these types of issues, investors can act as ‘stewards of the commons’ – working together, not only with other investors, but with stakeholders industry-wide, an approach that was followed in developing this paper,” she said.

The report was published on behalf of the four investor networks that make up the Global Investor Coalition on Climate Change and include pension funds and church investment groups from the Nordics, France and the UK.