Two major European pension funds have challenged large companies over lobbying positions that are inconsistent with the goals of the Paris climate deal.

Sweden’s SEK608bn (€62bn) AP7 and the £2.3bn (€2.6bn) Church of England Pensions Board (CEPB) have today written to the chairs of 55 European companies to push them to review the lobbying practices being adopted by their trade associations and lobbying organisations.

“If these lobbying positions are inconsistent with the goals of the Paris Agreement, we would encourage you to ensure they adopt positions which are in line with these goals,” the letters continued.

The investors also urged the companies to be transparent about their own policy positions and how they ensured these were implemented in their direct and indirect lobbying activities.

Legal & General Investment Management, the biggest UK-based asset management, and Robeco have also backed the initiative, according to a spokeswoman.

The engagement programme was developed in consultation with the Institutional Investors Group on Climate Change (IIGCC), a European forum for collaboration on climate action by investor members with €21trn in assets collectively under management.

In a document shared with the targeted companies, AP7 and Church of England Pensions said the programme’s aim was to drive change in corporate lobbying ahead of UN climate negotiations in 2020.

Some targeted shareholder resolutions would be considered at companies in key sectors lobbying on climate change, they indicated.

In a statement about the initiative, the investors also referenced the recent special report from the UN Intergovernmental Panel on Climate Change (IPCC).

Published three weeks ago, this warned the world was on course for 3°C of global warming and presented the case for limiting global warming to 1.5°C above pre-industrial levels compared with 2°C.

Adam Matthews, director of ethics and engagement at the CEPB, said: “As the recent report from the IPCC clearly highlighted, the stakes are high and time is against us. It is therefore right that investors are challenging Europe’s most high-emitting companies to ensure consistency in their lobbying practices.” 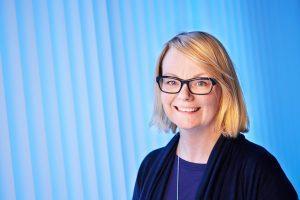 According to Charlotta Dawidowski Sydstrand, corporate governance and sustainability strategist at AP7, the Swedish buffer fund had identified that “weaknesses in current climate policy globally pose a risk to the long-term value growth of our pension portfolios”.

“At this point in time we find it unacceptable that companies counteract ambitious climate policy, either directly or through their business organisations,” she added.

“Lobbying on climate issues should be evaluated, managed and reported on transparently. We are hoping this will become a natural component of companies’ sustainability reporting.”

Earlier this year investors used the occasion of a G7 summit to urge governments to do much more to both limit global warming and ensure the world was prepared for the effects of climate change.

The 55 companies that AP7 and the Church of England Pensions Board have written to were selected due to their high greenhouse gas emissions and significant role in energy-intensive sectors. They include companies such as Fiat Chrysler, Rio Tinto, and Rolls-Royce.

The companies were assessed by InfluenceMap, which monitors lobbying activity by companies, with the worst performers in seven industry sectors set to be the focus of the investors’ engagement.