Lars Rohde, governor of Danmarks Nationalbank told an audience at the IPE Conference and Awards 2019 in Copenhagen: “Pension scheme design and public policy need to support and incentivise the transition to a more sustainable balance between paying more, working longer, and accepting lower pension income.

“Kicking the can down the road will only postpone and aggravate the challenges which need to be addressed,” he said.

Institutional investors and the pension system were now being challenged by lower interest rates, and this was further compounded by the weak outlook for growth, as well as demographic developments, he said.

Rohde said there was no substitute in the period ahead for acknowledging the conditions faced today, increasing transparency about implications for pension plans, and finally, adjusting expectations and behaviour accordingly.

More and more pension plans were recognising the impact of the low-rate environment and adjusting expected return assumptions, he said, with Council for Pension Projections in Denmark having recently cut assumptions over a 10-year horizon for eight out of 10 asset classes.

By reducing the stock of defined benefit plans, pension funds had transferred a large share of the risk from the low-yield environment to present and future pensioners, he said, but added that this assumed individual savers were well-placed to make informed investment decisions. 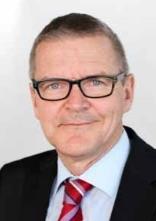 Since it was not clear that future pensions would accept lower benefits, even though they were currently taking on more risk, Rohde warned: “The government – and ultimately taxpayers – may end up as ‘pension providers of last resort’.”

Detailing the investment challenges for pension funds, he said it was clear schemes would not be able to meet obligations to retirees solely based on investment returns from bonds.

On the other hand, he said there were many risks inherent in increasing exposure to alternative and less liquid assets to boost returns, including that many of these assets were untraded – making it hard to estimate expected return and price risks correctly.

“To put it bluntly, if my pension is invested in long-term illiquid assets, I would prefer my pension company to be run by a younger CEO,” he said.

“That way, I would be able to hold him or her accountable for how these investments pan out – avoiding moral hazard problems.”

A larger share of illiquid assets also ramped up liquidity risks, he said, noting that from 2023, pension providers would need even more liquidity when the requirement for central clearing of interest rate swaps and other derivatives was introduced.

He added that this could be “unfortunate” from a systemic perspective, if pension funds were less able to play a stabilising role in periods of market stress.