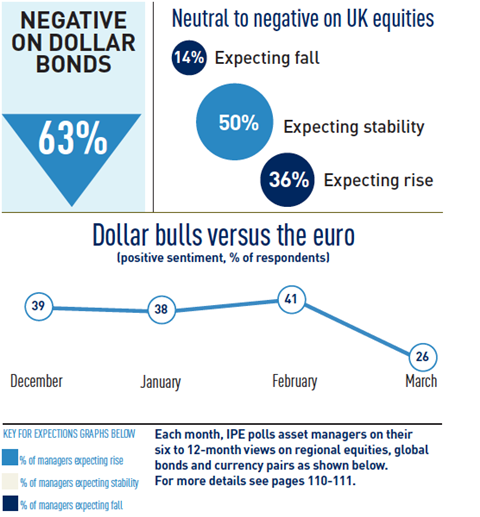 Positive expectations for each bond denomination are now in single digits, meaning fewer than 10% of managers expect price increases/yield falls. As this has happened in only four survey periods in the past three years, let us add this to the list of rare sentiment readings this month. Only yen bond price sentiment increased in the survey period – out of all positive sentiment indicators – although this was by a single percentage point, which it is still the second-lowest positive reading of all positive indicators – sterling bond prices being the least expected to rise.

Positive equity market sentiment declined across the board in the most recent period. It declined most for US equities, and least for Japan, but declining positive sentiment was indeed universal. Negative sentiment did not universally increase as the proportion predicting declines in euro-zone and Japanese equities fell month on month. Euro-zone equities have been the most positively viewed of all geographies for the past 12 months. 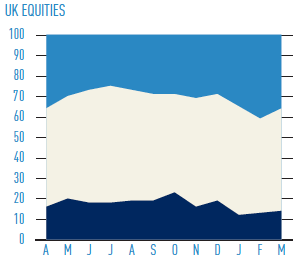 While it has been in decline for most of the past three years, positive sentiment for dollar strength versus the yen, euro and pound has not collapsed as much as it did in the previous month, and the next largest decline was not even close. The proportion expecting strength versus the euro is at least at a three year low, and the same versus the yen. Whatever tiny threads of confidence in the dollar that had developed in the prior three months were clearly not created with any sort of conviction. 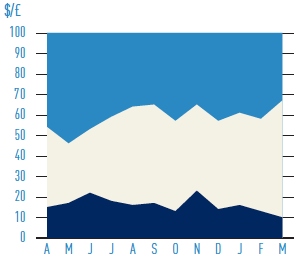