Investment managers’ expectations have been welcomingly accurate throughout the year. For example, positive sentiment toward European equities began to rise sharply near the end of 2016, followed by a roughly 20% rise in 2017. Additionally, expectations for dollar strength have been falling since January, and the dollar index (DXY) was down nearly 10% year-to-date through the recent survey period. What are managers’ views as we enter the second half of 2017? 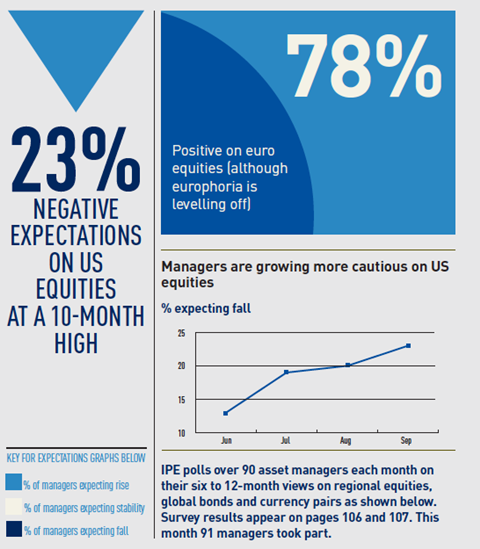 There are growing positive expectations on bonds in most denominations, although the proportion of managers expecting bond prices to rise is all hovering near 10% or lower. However, negative sentiment towards dollar bonds appears to be bouncing off the floor set in February, and sterling bond sentiment has risen sharply for the second consecutive month. However, sentiment towards euro bonds is at its lowest level in over two years. 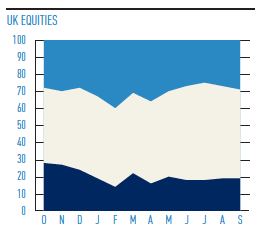 Belief in dollar strength continued to decline until August. September’s figure is slightly more optimistic, although still more pessimistic than the July survey. The dollar is still expected to be weakest versus the euro, although there was a shift of opinion from those expecting stability to an expectation of dollar strength against the single currency. While positive sentiment towards the dollar is at an all-time low, that is no longer being driven by sentiment in the dollar/euro pair, but rather by failing confidence in the dollar to the yen and sterling. 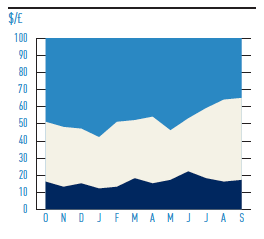