Italy’s Social Security Institute (INPS) has proposed the creation of a new “alternative” to second-pillar pension funds in a move that has been strongly opposed by occupational pension schemes.

In a speech in Rome last week, INPS president Pasquale Tridico advocated the creation of “a good alternative” to existing second-pillar pension schemes.

“To date, as noted by [industry regulator] COVIP, complementary pension scheme membership will soon reach 30%, despite this instrument’s potential,” he said. “This gap could be filled by the creation of a complementary public fund, managed by INPS, as a voluntary and alternative form of complementary private provision, even exceeding the residual participation already planned with FondInps.”

The objective, Tridico said, was to ensure prudent management of funds aiming for more channelling of investments within Italy.

In a press release published on Monday Assofondipensione expressed concern about the idea of creating a pension fund directly managed by the INPS.

“The proposal does not seem capable of solving the problem of low pension fund membership but, on the contrary, runs the risk of compromising any initiative aimed at relaunching the system, creating further confusion among potential members,” Assofondipensione said.

In its response to Tridico’s plan, the trade body said that, in 20 years of activity, occupational pension funds had accumulated the capacity and organisation that had enabled them to overcome financial crises and achieve a higher return on members’ portfolios than that provided by severance pay allowances.

Pension funds were also at the forefront in providing support to the Italian economy, since the most important asset of fondi negoziali was Italian government bonds, the association argued.

“These considerations must also be framed in a system that in these last few months is being reshaped following the issuance of the IORP II directive, which has put a series of obligations on the pension funds aimed at an ever greater specificity of skills and roles,” it said. 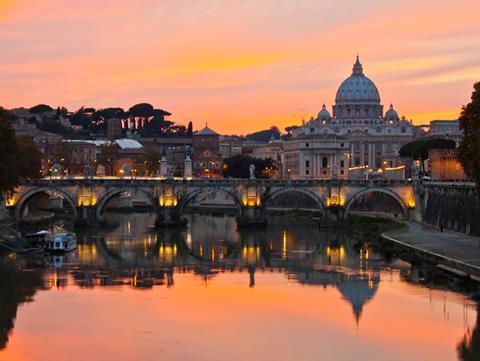 Assofondipensione said that, alongside the supervisory authority COVIP and the institutional parties, it had for some time been busy preparing action to boost membership, and had also repeatedly requested talks with the government on launching a promotional campaign.

In his speech last week, Tridico questioned why, as the largest European social security institution, INPS did not play a significant role in the pension sector.