How should cities develop? Historically, the process has often been haphazard, driven by factors such as trade and population flows. As cities grow larger, the interactions between cities located close to each other start to become more important.

Countries across Europe have seen this effect in regional groupings: for example, the four largest cities in the Netherlands (Amsterdam, Rotterdam, The Hague and Utrecht) form the Randstad, while the Rhine-Ruhr region in Germany consists of 11 cities with populations of more than 200,000.

In China, the phenomenon of the ‘clustering’ of cities to form regional powerhouses is being taken to a whole new dimension, driven by two forces that European countries do not possess: a huge population and a highly centralised administration.

Gary Smith, managing director at the Barings Investment Institute, has produced a fascinating paper outlining the goals and impact of China’s ambitious plans to set up 19 city clusters – expected to be home to 800m people – by 2030.

Rudiger Ahrend – head of the urban programme at the OECD’s directorate for public governance and territorial development – estimates that doubling a city’s population should boost productivity by 2-5%. 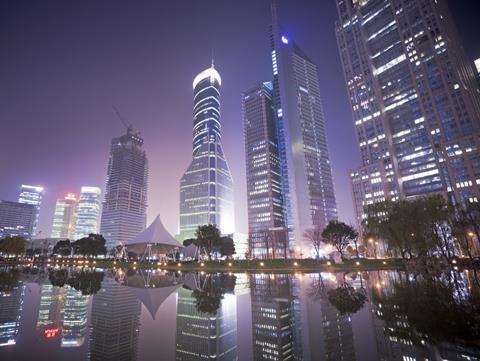 Shanghai has a population of 26m people – and could have as many as 34m by 2035, according to Statista

There are many reasons that could account for this. Suppliers located closer together can offer a more diverse and less expensive range of products, while common infrastructure and transportation framework costs can be shared. The larger and more diverse labour pool also helps firms and workers find a better match for one another, and innovations are shared more easily and diffused more quickly. Clusters of smaller cities may also be able to support a university or large factory that a single city may not be large enough to support.

There is, however, a competing force that Smith also describes: the “agglomeration shadow effects”, whereby competition between cities limits growth. In China, it appears that “borrowed size” benefits have been more powerful than “shadow effects” in China’s cluster cities, he says.

The three leading clusters are Beijing-Tianjin-Hebei, the Yangtze river delta cluster around Shanghai, and the Greater Bay Area encompassing Hong Kong, Shenzen, Macau and Guangzhou. The size of the populations is staggering. The numbers are larger than the populations of most European countries, with 130m in the Beijing cluster, 152m in the Yangtze river delta, and 65m in the Greater Bay area.

As Smith points out, many other nations have urban regions of comparable scale to those in China, but they do not have governance coordination that is as centralised as in China. That has been key to China’s implementation of a successful national industrial policy, and the building out of extensive public infrastructure projects. 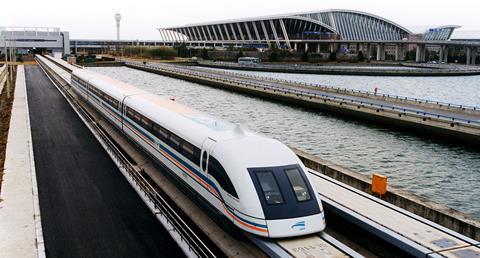 A ‘maglev’ train coming out of Pudong International Airport, Shanghai

The flip side to this is that there is also the significant potential in China for waste, with “white elephant” projects proliferating, driven by political reasons rather than economics. The maglev train from Pudong airport is a joy to travel in, but it is difficult to see how it could be profitable when it appears to be only half full and drops passengers off only in the outskirts of Shanghai.

Barings’ Smith cites an OECD study that describes the Chengdu-Chongqing cluster in the centre of China as “forced”, with two largely independent cities separated by 300km of largely unoccupied and hilly land.

Smith also focuses on the 55km link connecting Hong Kong to Macau and Zhuhai on the mainland, incorporating two artificial islands and a 7.7km tunnel that is hardly used – although Smith admits that traffic numbers will increase as regulations are eased. However, political objectives may have trumped any economic considerations in its construction.

As Smith argues, it is difficult to see which other countries have the appetite and the administrative tools to replicate the policies that China has put in place. As a result, the Chinese experiment in creating mega-city clusters might turn out to be unique. But it may still have lessons for Europe and the US as a casebook study of the competing forces of synergies and agglomeration shadow effects when it comes to generating economic growth in regions.