Taking into account environmental, social and corporate governance (ESG) issues is increasingly accepted as a good thing to do by both investors and corporations.

According to a survey by New City Initiative released in January, five years ago 47.6% of asset managers surveyed incorporated ESG in their portfolios – today the figure is 90.5%.

How much of this is real change and how much is just virtue signalling is debatable. After all, what manager is going to say that they do not take ESG into account, since there is little upside in doing so?

But fitting ESG within the edifice of modern financial theory and classical economics raises some challenges. These perhaps reveal the flaws in financial theory and economic thinking rather than in the premise behind ESG. However, advocates of ESG need to address the challenges openly in order to create a genuinely coherent philosophy underlying their investment strategies.

Classical economic theory does not seem well equipped to describe essentially multi-generational economic transfers, in which current generations are willing to forgo consumption with no recompense in order that future generations can benefit.

ESG is based on the premise that businesses do not operate in isolation and have duties and obligations that transcend narrow shareholder measures of success. This, however, is directly at odds with the idea of maximising shareholder value as the sole focus for companies.

The value of social responsibility 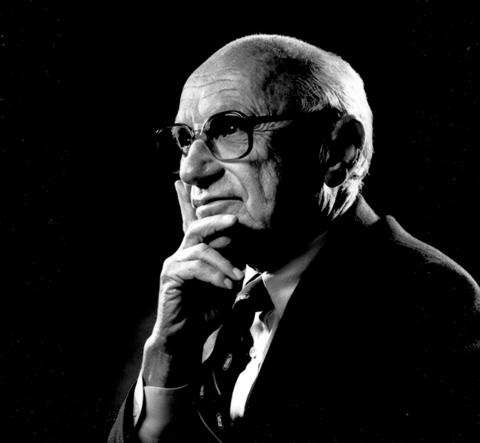 Nobel prize-winning economist Milton Friedman argued that “there is one and only one social responsibility of business – to use its resources and engage in activities designed to increase its profits so long as it stays within the rules of the game, which is to say, engages in open and free competition without deception fraud”. His views influenced generations of academics and corporate executives.

If a company were to take ESG criteria into account, it would – according to Friedman’s analysis – be in direct conflict with the duties of company management.

Friedman stated in his 1970 article for the New York Times: “What does it mean to say that the corporate executive has a ‘social responsibility’ in his capacity as businessman? If this statement is not pure rhetoric, it must mean that he is to act in some way that is not in the interest of his employers.”

He went on to question whether an executive should “make expenditures on reducing pollution beyond the amount that is in the best interests of the corporation or that is required by law in order to contribute to the social objective of improving the environment”.

This meant that if the law had not kept pace with industrial activity then corporations had a license to pollute, since it was both within the law and in their interests not to spend money on reducing pollution. Shareholders would not gain, even it cost society much more than it did shareholders to remove that pollution and deal with its consequences.

Today, many would argue that Friedman’s analysis has proved to be pernicious not only for the wider society but also for shareholders themselves.

ESG advocates need to argue for stakeholder capitalism, whereby companies are encouraged – if not constrained by law – to act in the interests of a wider group of stakeholders, including employees, the government (through paying taxes due) and the public.

Does this result in better returns for shareholders? Measurements of outperformance are highly dependent on the time periods chosen and the metrics used for selection.

Yet the real argument is not that taking account of ESG can be proved to offer higher returns, but that there is a duty to do so that transcends short-term measures of shareholder value. Indeed, the criticism of Friedman’s argument is that it has resulted in behaviour by company management that is detrimental to society at large and shareholders in the longer term.

Italian economist Vilfredo Pareto’s economic equilibrium theory states that equilibrium exists when no change in allocations can happen without making at least one party worse off. If protecting natural resources to benefit future generations makes the current generation worse off, how can there be a Pareto equilibrium?

The fault, however, cannot lie in the desire to protect natural resources, but rather in the formulation of economic theory – which, after all, is a representation of human behaviour, not an immutable science.

The underlying concept has to be that economic activity should be undertaken in an ethical manner. If that conflicts with theoretical economic ideas such as shareholder maximisation, then it is the economic theory that needs to be changed, not the ethics.