Poland has had the most successful 25 years in the last 400, declared Radek Sikorski, Poland’s former foreign minister in his keynote address at the IPE Conference & Awards in Berlin. As he pointed out, average salaries were now close to 70% of the EU average, and its GINI coefficient is dropping, indicating a more equal distribution of wealth.

Yet, despite the huge improvement in living standards and opportunities, Poland has also been in the first wave of European countries electing populist governments. Sikorski raised some profound issues that are worth debating, whether one agrees with them or not. He sees a commonality behind the factors leading to the current political situations in Poland, Brexit and Donald Trump’s election at president in the US.

Sikorski argues there are three key factors underlying all three phenomena and that have created vulnerabilities that need to be fixed.

First, the abuse of social media to distort public thinking is a major problem. The inability to distinguish fake news from real and the levelling of credibility between major news sites and fringe has led to miseducation on a massive scale. Sikorski argued that the Brexit Leave campaign issued “a billion ads with a tsunami of fake news”. That may be a controversial statement but what is less so is that, as he pointed out, the downside of social media is the anonymous targeting of individuals whose views are not agreed with. Such activities would be condemned in the real world, and Sikorski argues that they should be regulated, as people need to have educated views based on facts, not lies. 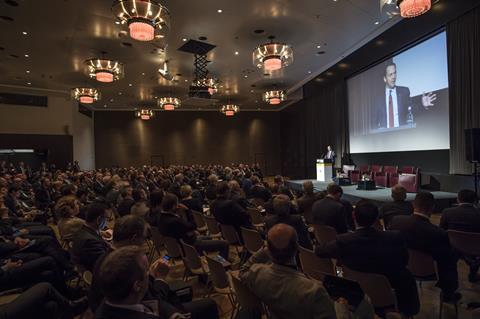 Sikorski’s second point was the perception of a loss of control. In Poland, German chancellor Angela Merkel’s promise to allow a million refugees into her country caused consternation, as, under the Schengen rules, they can move anywhere. As Sikorski pointed out, Poland is the most ethnically homogeneous country in Europe. Sikorski argued that controlling who lives in your territory is a legal right and is not racism. Yet against that, he did not address the question of how Europe should have reacted to a refugee and humanitarian crisis on its borders.

Finally, Sikorski raised the issue that the public perception of capitalism is that it is unfair. The rewards are not given as a function of ability in a just manner.

Restoring confidence in ‘capitalism’ is certainly a worthy objective, but Sikorski’s proposed solutions, I fear, are only a very small part of any solution.

He focused on three things: First, tax havens and a need to prevent EU citizens and companies from having accounts in tax havens; and second, banking bonuses based on the amount of loans bankers make. As he pointed out, Poland’s first wave of foreign debts were not paid back in full but had to be replaced by Brady bonds. Despite the losses for investors, the bankers who made the loans got paid their bonuses. And third, transparency of ownership. Thirty-five percent of London property, argued Sikorski, is foreign owned, and, as a result, areas of London are empty, with property being seen just as a safe store of value for foreign investors.

Few would dispute the issues on capitalism Sikorski raises. But there are many other even more important issues he failed to mention – most notably perhaps, Thomas Picketty’s thesis in his best-selling book ‘Capital in the Twenty-First Century’ that, as the rate of capital return in developed economies is persistently greater than the rate of economic growth, it will unduly reward the owners of capital rather than labour.

Income inequality in OECD countries is at its highest level for the past half century. The average income of the richest 10% of the population is about nine times that of the poorest 10% across the OECD, up from seven times 25 years ago. Given that, is it so surprising we see the rise of populist movements across the world?

Joseph Mariathasan is a contributing editor at IPE