In its annual cost survey Dutch pension schemes, the consultancy found that the country’s two biggest funds – the €431bn civil service scheme ABP and the €217bn healthcare pension fund PFZW – paid out €1.4bn in performance fees, the majority of which went to private equity managers.

This accounted for more than 70% of the €1.95bn in total performance fees paid by the 184 schemes analysed by LCP.

“From a social point of view, these high performance fees for a relatively limited number of asset managers are no longer justifiable while millions of pension fund participants are facing rights cuts,” argued Jeroen Koopmans, partner at LCP Netherlands. 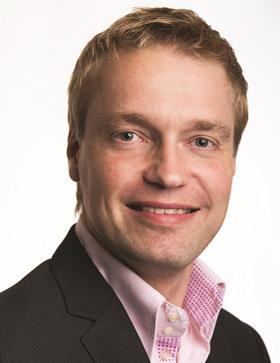 “Pension funds should wonder whether it makes sense to invest a limited part of their assets in asset classes against such high fees,” he added.

Last year, ABP and PFZW paid €1.1bn and €356m, respectively, in performance fees. Both pension funds reported a decrease in performance bonuses paid out relative to 2017.

Both schemes could be forced to apply discounts to pension payouts in 2020, if it becomes clear at the end of this year that their recovery potential is insufficient to improve funding to the required level within 10 years.

LCP also reported that average returns – including the effects of interest rate hedging – of ABP and PFZW were barely higher than results produced by other pension funds during the past five years.

The results of both schemes had actually dragged down the average returns of the surveyed schemes, while raising average asset management costs.

Without the returns of ABP and PFZW, the average result would have been 6.8%, rather than 6.5% for the entire group, the consultancy concluded.

In a position paper published last month, ABP defended its bonuses for illiquid investments, citing their contribution to its overall return as well as to diversification of its investment portfolio.

LCP found that asset management costs at the surveyed pension funds dropped by 2bps to 0.56% on average last year. This included 9bps of transaction costs.

According to the consultancy, company schemes and general pension funds (APFs) incurred total asset management costs of 0.46% on average, while sector and occupational schemes spent 0.56% and 0.52%, respectively, on asset management on average.

LCP further said that administration costs per member dropped from €109 to €106 on average.