The €570m pension fund deemed itself too small to continue independently, and was therefore seeking benefits of scale as well as governance.

However, Archimedes said that its choice was conditional: its pension assets could only be transferred to PGB if any benefit cuts could be avoided. Members’ benefits could be at risk if the two schemes’ coverage ratios differed too much.

Hans Thomassen, Archimedes’ chairman, pointed out that PGB’s coverage was improving faster under current market conditions “as PGB has a lower interest hedge, a larger equity allocation as well as a currency hedge”.

If PGB’s funding were to overtake coverage of Archimedes before supervisor De Nederlandsche Bank (DNB) has approved the merger plan, Archimedes will instead opt to transfer to its own compartment at a general pension fund (APF), according to Thomassen.

He said that its APF shortlist comprised Volo (run by PGGM), Centraal Beheer APF (run by Achmea) and Stap, the APF of Aegon.

Pensioen Pro, IPE’s Dutch sister publication, has found that Dutch pension funds have significantly increased their allocation to government bonds of ‘safe haven’ countries such as the Netherlands and Germany.

Based on figures supplied by DNB, Pensioen Pro suggested that the total value of government bonds, including inflation-linked bonds, had “exploded” from €153bn in 2009 to €357bn in 2016.

DNB attributed the increase to both transactions and revaluations.

Pensioen Pro reported that German government bonds had risen from 18% to 24% of bond allocations, while the stake in Dutch government bonds increased from 9% to 16% of combined bond holdings, between 2009 and 2016.

It also found that US treasuries were also popular among Dutch pension funds: the total allocation hit €32bn at year-end, an increase from 5% to 9% of bond holdings.

However, it noted that the €456bn asset manager APG alone held €21bn of US government bonds.

In contrast, Dutch schemes had significantly divested their stake in Italian and French government paper since 2009: the Italian allocation decreased from 19% to 4%, and the French stake fell from 25% to 16%, according to Pensioen Pro.

It also reported that holdings of Spanish government bonds had reduced from 3% to 2% in this period.

Pensioen Pro explained that its conclusions were the result of an extrapolation to the entire sector, based on figures supplied to DNB by the 45 largest pension funds.

Elsewhere, the new Dutch cabinet has decided to refrain from a further rise in the official retirement age, as life expectancy improvements have slowed down.

As a consequence, the retirement age for the state pension (AOW) will stay at 67 years and three months in 2023, the same age as in the preceding year.

Drawing on the newest longevity figures, the government is assessing annually whether the AOW age should be raised.

By giving five years’ notice, its wants to enable workers to take additional measures such as increased saving or taking out additional insurance in case they wish to retire early.

In 2012, the government decided to gradually raise the AOW age from 65 to 66 in 2018, and to increase the official retirement age by four months each year until 2021.

As of 2022, the AOW age will be directly linked to life expectancy. 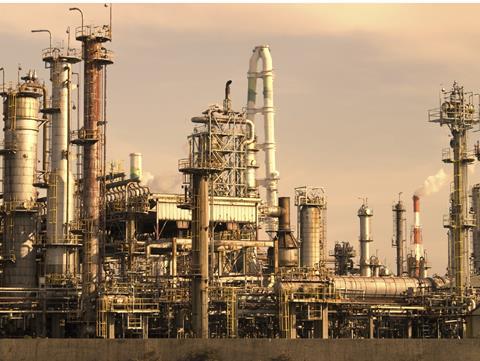