In the latest phase of its hunt for higher fixed-income yields, Sweden’s largest pension fund Alecta is building up two platforms through which it can invest directly in Swedish residential lending – as well as infrastructure debt on a European level.

The work is the latest in a range of strategies the SEK975bn (€92bn) pension fund has turned to in the last decade to maximise returns as fixed-income yields collapsed and even turned negative, according to the investor’s bonds chief.

Tony Persson, Alecta’s head of fixed income and strategy, told IPE in an interview: “We will continue to look at areas where the banks are withdrawing, and we can see they have been building up real estate lending but now seem to have rather full exposures to that.”

When banks left a certain segment, he said, there were normally some good deals to be had but institutional investors such as Alecta.

“That’s a theme that will stay, because bank regulation is changing continuously – they are being hit with tons of regulation,” Persson said.

In its efforts to utilise such opportunities, Alecta will probably move closer and closer to the borrower, he said.

“We are now bypassing the banks through various platforms, and we have been building our own in the direct lending markets,” he said, adding that with a fixed-income portfolio of around €50bn to manage, he and his team needed to find big opportunities.

“In order to gain economies of scale we need fairly large ticket sizes - we need a platform where we can allocate a couple of billion, the level it had been the role of the banks to provide,” he said.

Alecta’s fixed-income team is now in the process of developing both a Swedish residential lending platform, and separately, a platform through which it can invest in infrastructure debt in Europe.

“In the first of these areas we are building an internal platform which we will drive ourselves and regarding infrastructure debt, we are cooperating with another major investor, pooling our resources,” Persson said, adding that his firm had not yet gone public with the details of these.

The Swedish pension fund has also replaced its traditional senior unsecured bank bonds with secured funding structures with the same banks but at better spreads and far lower risks. 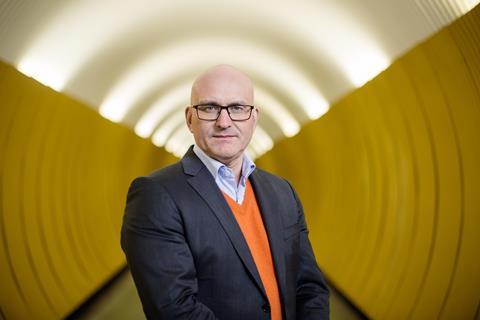 Tony Persson, head of fixed income and strategy at Alecta

The key here – as with many of its yield-boosting methods – has been Alecta’s capacity to assume illiquity risk, Persson said.

“People stay within our pension fund for a long time, so we can have a lot of illiquid assets and that has been one way to increase returns,” he said.

It has also been possible to ratchet up bond returns, Persson said, by working with partners to develop new types of financial products, such as the world’s first African social government bond.

“In essence this is still the same strategy of finding illiquidity premiums at a low-risk level, because we get the insurance wraparound, in this case from the World Bank and big re-insurance companies in Europe,” he said.

Other strategies for adding points to yields have been to avoid the most expensive government bonds as far as possible, investing instead in issuance from supra nationals; government-guaranteed credits; funding of government-enterprises as well as lending to regions and municipalities both in Sweden and internationally.

Among early efforts to boost fixed-income returns in the wake of the 2007/8 financial crisis, Persson said Alecta’s decision in 2012 to buy Spanish and Irish government bonds when they were yielding close to 10% – after a pledge by the then European Central Bank chief Mario Draghi in the face of severe market pressure on the two countries’ debt that the bank would safeguard the euro – became its most profitable.

With eight and nine-year Swedish bond yields currently negative, Persson acknowledges that many market participants now appear to believe rates could remain at very low levels for a decade. However, he said he leans towards the view that a temporary excess of demand is the main factor behind these rates.

“Government debt has been shrinking for many years in a well-managed country, and the central bank now owns half the stock of government bonds as part of its QE [quantitative easing] strategy,” he said.

This is on top of the fact that some investors are forced into government bonds due to regulation, said Persson.