The head of international real assets at Sweden’s biggest pension fund Alecta, who has played a key role in the fund’s recent efforts to expand its real assets portfolio, has been poached by European residential property giant Heimstaden for a top role. 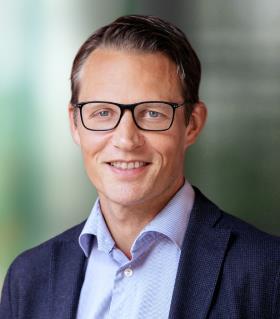 Heimstaden, which described Alecta as one of its long-term investment partners, announced this morning that Frans Heijbel would be leaving the pension fund to become Heimstaden’s managing director, strategy and M&A.

Christian Fladeland, Heimstaden’s CIO, said Heijbel would bring considerable experience to the firm, after his 20-plus years in the property and finance industries in Stockholm and London.

“He knows us well through Alecta’s nine years of investing in Heimstaden Bostad. I am confident that he will support the development and growth of our business units significantly,” he said.

Heijbel said: ”During my years of involvement with Heimstaden I have seen it develop into a top-tier real estate manager with a unique culture and ownership mindset, and a true passion for making a positive impact on its tenants’ lives.”

He said he was looking forward to forming and executing Heimstaden’s strategy.

A spokesman for Heimstaden told IPE that Heijbel would start work in his new job during the autumn, with a concrete date being set at a later stage.

Heijbel has been a board member at Heimstaden Bostad for about four years on behalf of Alecta - a position from which he will step down, the spokesman said, as he would be working for Heimstaden in the future.

Asked whether the role of managing director, strategy and M&A, was a newly-created one, he said Heijbel was not replacing anyone at the company.

Axel Brändström, Alecta’s head of real assets, told IPE: “Frans has been an important part of our successful work to grow our real asset portfolio the last years. We wish him the best of luck in the future.”

The pension fund did not comment on whether it already had plans for who would succeed Heijbel, who has been head of international real assets since April 2019, according to his LinkedIn profile - and has worked for Alecta for nearly ten years.

Alecta has more than doubled its real assets target allocation over the last few years to 20% currently.