​ATP and PFA sell out VIA Equity PE funds

ATP and PFA, the two biggest pension funds in Denmark, have announced the sale of all their stakes in private equity funds run by Copenhagen-based VIA Equity – a manager set up with investment capital from ATP back in 2006.

Buyers of the funds are Five Arrows Managers, Cubera and funds advised by LGT Capital Partners. The parties involved did not disclose the value of the deals, but figures on the pension funds’ websites suggest around DKK1.3bn (€174m) of assets were involved.

ATP, which manages the DKK886bn Danish labour-market supplementary pension fund, said its decision to dispose of the investments made through VIA Equity were part of a broader strategy it had now adopted.

ATP chief executive officer Bo Foged said the sales process proved VIA Equity had high international standards and that ATP was proud to have participated in founding a private equity fund that had performed well.

“However, it is time for a strategic change,” he said.

“We want to simplify our organisation and participate in the broader Danish financial ecosystem to a greater extent using the experience we have gathered over the years in future partnerships with other players in Denmark,” said Foged, who took the lead at ATP officially in June, having been interim CEO since November 2018.

ATP has agreed to sell its stake in VIA Equity Fund II to the Rothschild & Co private equity and private debt investment arm Five Arrows Managers and Oslo and Stockholm-based private-equity specialist Cubera.

The transactions are subject to certain conditions, including approval by the Danish Financial Supervisory Auhtority, and are expected to be completed in the first or second quarter of this year.

Following the deals, ATP said it expected to wind up VIA Equity Fund I, which it said had reached the end of its lifetime. 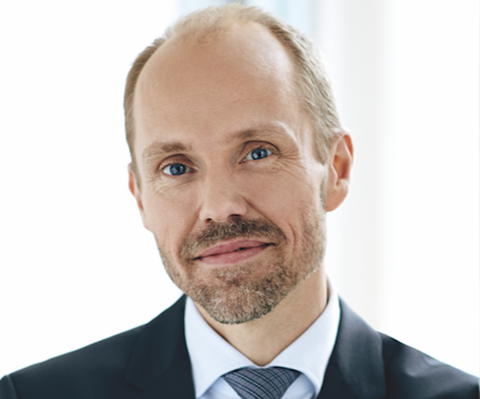 The parties to the deal said that after the transactions closed, VIA Equity would continue operating from its base in the northern Copenhagen suburb of Hellerup.

A spokesman for PFA said the pension fund had no comments on the sale.

Explaining why ATP was making the shift in strategy, Foged went on to say: “Complexity can also have an inherent risk and this summer we made a decision that VIA was one of the areas where it made good sense for us to simplify.”

But he said the decision to sell should not be perceived as dissatisfaction with the investment in VIA.

“We will continue to participate in this part of the financial food chain, but we will be more selective with when we add complexity to the business,” Foged said.

VIA Equity Fund II, meanwhile, is also listed in the 2019 accounts as being 99.8% owned, but with DKK393m of capital, and having returned DKK33m during the year.

In the 2019 annual report of ATP’s private equity subsidiary ATP PEP, the investment in VIA Equity Fund III is shown as being worth DKK499m at the end of that year.

PFA’s 2019 list of unlisted shareholdings shows it had a DKK409m investment in Via Equity Fund III.

VIA Equity was launched at the beginning of 2006 as Via Venture Partners, but changed its name in 2016.