Europe’s fourth biggest pension fund revealed this morning that it is now making substantial investments in euro-denominated green corporate bonds as part of an ongoing future-proofing of its investment portfolio – and dumping a DKK6bn (€806m) US high-yield external mandate in order to do so.

ATP, the DKK925bn Danish statutory pension fund, told IPE that although it already has a large sovereign green bond holding within its hedging portfolio – which contains the bulk of ATP’s assets – it is now adding green corporate bonds for the first time in the investment portfolio to the tune of DKK7bn (€940m).

At DKK753.2bn at the end of June, ATP’s hedging portfolio makes up the bulk of its overall assets, however the bonus potential-based investment portfolio, run for absolute return, had a market value of DKK423.2bn at that point, including leverage from borrowing from the hedging portfolio.

The carbon-footprint reduction resulting from the green corporate bond move is likely to be large for ATP, given that the US credit exposure being shed in order to make the new investments is understood to have involved some quite emission-heavy companies.

Christian Kjær, head of liquid markets, told IPE: “We have been working quite a lot on integrating ESG in our investment portfolio – so far we have focused on the equity portfolio.”

Up to now, he said, that work had involved major projects on ESG integration in the global equity portfolio, on carbon and on renewable energy, he said.

“Even though it hasn’t been the purpose of the changes, when we look a the carbon footprint of the portfolio it has improved a lot,” said Kjær.

“Next we looked at our corporate bond portfolio, where we hadn’t done a lot of work, in terms of what we could do there in the green transition and getting it more aligned to that,” he said.

The idea that the pension fund came up with was, Kjær said, to take the US high-yield portfolio, which is managed by an unnamed external US manager, and swap that exposure for a corporate pure green bond portfolio. 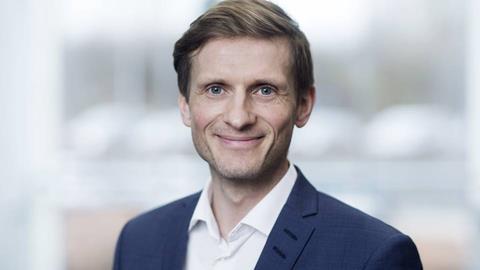 What was decided was that the new green bond portfolio would be managed in house, and would be denominated in euros, he said.

“That’s a starting point for us – it’s close to home, there’s no need to hedge the FX rate, it’s trading in our normal hours, so operationally its easier for us to take things in house on the euro side,” he said.

Asked whether the move could be characterised as part of efforts to green ATP’s investment portfolio, Kjær said that rather than that, the shift was a step in the pension fund’s drive to “future proof” the portfolio.

The green bond market was very much a growing market, he said.

“The corporate green bond market is a new opportunity for us to diversify the portfolio. If you look at the returns on the green bonds they are very similar to the ones we get on regular bonds and they also seem to perform slightly better in market crashes,” he said.

ATP has a target of DKK7bn for the new green bond portfolio, and has already achieved some of that exposure.

“We have more or less closed down the US high-yield portfolio and we are in the build up phase of the green bond portfolio. We have bought about 20% to 25%,” Kjær said.

Explaining why the build-up process was taking some time, Kjær said: “First of all it’s liquidity – we’re not in a rush so we are taking it quietly in the portfolio and we want to get it right and avoid some of the greenwashing.”

Kjær said his team was being quite thorough in terms of examining the issuers and bonds it was buying, taking into account the ICMA green bond principles as well as using its own checklist to verify the bonds.

“It’s very important for us that they’re transparent in the way they operate,” he said of issuers.

“If they’re not, we get suspicious. It’s always a red-flag for us if they don’t report properly,” he said.