Australia’s Future Fund is considering developing technology that would allow it to better analyse its exposure to fossil fuels and climate change risks.

The possibility has been disclosed by the Future Fund’s chief investment officer, Raphael Arndt, to a Federal Government Senate Committee hearing in Canberra.

Arndt had been asked how the sovereign wealth fund was managing climate change risks to its assets, which were valued at A$168bn (€99.5bn) at 31 December 2019.

He explained that the Future Fund’s exposure to the energy sector included renewable energy companies, and noted that many of the companies in which it invested were transitioning away from fossil fuels.

“At the moment, the data isn’t able to look through that to say how much of this is exposure to fossil fuel-based energy production versus renewables,” he said.

“In our case, as data evolves and is more available, it would be easier for us to look at our portfolio. The technology that exists is not very precise. It’s something we’re looking at developing.”

“The technology that exists is not very precise. It’s something we’re looking at developing”

However, he appeared to qualify his comment when he added: “As there is no-one trading in and out of the Future Fund as there would be in public equities, for example, the cost and effort of going to that right now, we don’t think are worth the benefit.”

He added: “The risks associated with climate change and energy transition are significant, ones that we have to manage alongside other risk that we have to think about.”

Arndt said that among the risks were those associated with future pricing of carbon and climate change. “When we’re looking at how we build portfolios with our fund managers, these are the types of things we do discuss with them.”

He said this is “not a risk we manage in isolation of all the other risks; it’s one of many risks we think are significant enough to focus on”.

The Greens senator then raised the question of BlackRock, which recently announced plans to divest from its thermal coal shares, asking if BlackRock had communicated to the Future Fund directly its intention to get out of coal.

Arndt replied: “We have discussed it with BlackRock, yes.” 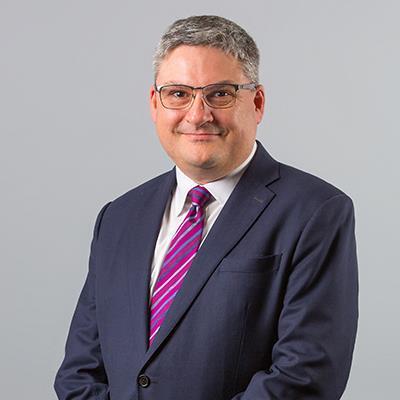 The Future Fund has about 19% of its international equities portfolio invested with four managers, including BlackRock and Blackstone.

On how it assesses risks more generally, Arndt told the Senate Committee the fund had different investments, and had been investing in its technology platform.

“The system we have built, and continue to build, maps each asset onto a database, and there are certain characteristics we can attach to that,” he said.

“We’re able to look into the portfolio, whatever the most recent information is, and look, for example, at what the exposure is to a particular industry.”

Whish-Wilson asked about the impact of the coronavirus, for example, at the moment, and whether Arndt had been able to access the potential response in Future Fund assets to a wider outbreak.

Arndt responded: “The impact of the virus is clearly significant, particularly on the Chinese economy. We’ve had a look at our exposure to the industries that would be exposed to that.

“In the case of the Future Fund, of course, we have been speaking for quite a few years now about the importance of understanding risk and the fact that we see risk is rising, and the importance of a diversified portfolio.

“At the current time, the Future Fund is highly diversified, and we feel it is very well-positioned for this event.”