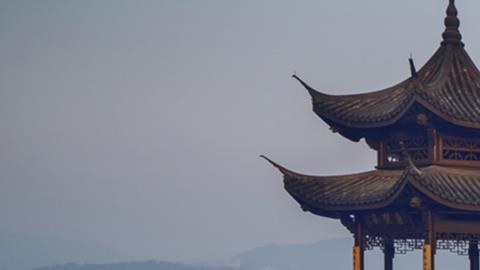 China regulatory action ‘not a game-changer’

Bold action by China’s regulators has sent parts of China’s stock market tumbling in recent weeks. But analysts say this shouldn’t be considered a game-changer. “Regulatory risk and state intervention has always been an important risk factor when investing in China, so this isn’t something new to investors,” an analyst said.

Big tech firms such as Alibaba and Tencent, as well as companies in the real estate, food delivery and education sectors have been hit especially hard by regulatory action over the past few weeks. As a result, some pension funds, including Dutch civil service scheme ABP, have had to nurse heavy losses on their Chinese equity investments.

ABP, the largest Dutch pension fund with more than €500bn in assets under management, has a dedicated China portfolio, worth over €20bn as of 31 March 2021. Most of this is invested in onshore and offshore equities, and is managed by its asset management arm APG and local asset manager E Fund Management that APG has a partnership with.

APG declined to comment on the impact of the recent market correction on the value of its equity investments in China, but this has probably been significant. At the end of March, ABP’s Chinese investments were heavily concentrated in the two internet giants Alibaba and Tencent.

Investments in the two companies together totalled almost €5bn, or a quarter of all of ABP’s China assets. Tencent’s share price has almost halved this year as the company has been hit by anti-trust investigations and a government-led offensive against gaming addiction, which was recently characterised as “opium for the people” by a state-controlled magazine. Alibaba, for its part, has shed more than 25% of its value.

To make matters worse, ABP also has stakes in two education companies, TAL Education Group and New Oriental Education, that were worth €373m as of 31 March 2021. These two firms lost up to 75% of their value overnight last month as the Chinese government launched a crackdown on private education groups that provide after-school tutoring services, banning them from advertising and making a profit.

ABP also had a €632m allocation to food delivery firm Meituan, whose share price has also fallen by more than 30% last month, at the end of Q1 2021. The firm fell out of grace with investors after the Chinese government voiced worries about inadequate social protection and insufficient income levels for food delivery riders. 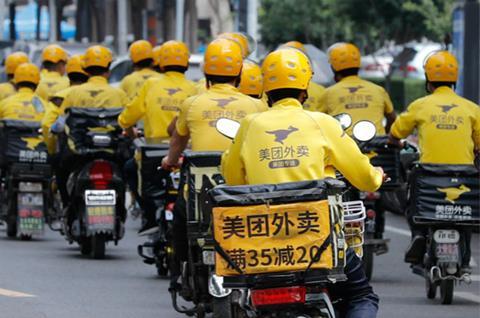 “An undercover government official posed as a delivery rider and reported back following a 12-hour shift where he earned just RMB41 (€5.39),” asset manager Allianz GI noted last week in a note. It added: “Meituan will need to make adjustments to its business model which will result in higher delivery costs.”

“As a long-term pension investor, we do not respond to short-term market developments,” was APG’s only comment to the market upheaval.

Border to Coast, the UK pension asset manager which is in the process of allocating £300-500m to two specialist Chinese equity managers, proved less tight-lipped. “Regulatory risk and state intervention has always been an important risk factor when investing in China, so this isn’t something new to investors,” portfolio manager Anthony Petalas said in e-mailed comments.

“For some, regulatory intervention around the after-school tutoring industry has long been overdue as it was putting a lot of pressure to Chinese families as it quickly became their biggest household spend behind mortgage payments. The anticipation of education costs is commonly cited by Chinese families as a key reason for not having more children,” he added.

According to Claire Shen, head of China equity research at Willis Towers Watson (WTW), the managers she has selected do not believe Chinese education firms are investable anymore given the recent regulatory intervention making after school tutoring economically unviable.

“Our China fund managers had no exposure to the sector as there have been a lot of [worrying] policy signals to the after school tutoring sector in the past three years,” she added.

But both Petalas and Shen stressed the events of the past few weeks are not a watershed moment for the Chinese equity market as it’s important to distinguish between the various drivers for the regulatory interventions in the different sectors.

“With regards to the tech sector, the regulatory changes to date have sought to level the playing field. This has been in terms of addressing monopolistic practises, anti-competitive behaviours, and data privacy,” said Petalas.

“These particular actions are certainly not exclusive to China as regulators globally are also grappling with how to govern and reform the new internet economy,” he added.

“Chinese tech companies operated in an environment with very little regulatory oversight, so the regulator is playing catch-up compared to how tech companies in other parts of the world are regulated”

“Chinese tech companies operated in an environment with very little regulatory oversight, so the regulator is playing catch-up compared to how tech companies in other parts of the world are regulated,” noted Shen. “China is not trying to put big tech out of business.”

This leaves the question whether the re-rating of these firms that has happened this year is an accurate reflection of this new reality with more stringent regulation. This is a difficult one to answer as nobody knows what else China’s regulators have up their sleeves. “I don’t live in the regulator’s head,” said Shen.

Some investors, including Allianz GI, suggest it may be wise to play it safe and shift allocations to sectors that are less likely to spark the regulator’s ire. “We are broadly underweight ‘policy risk’ areas in China, such as internet stocks,” said William Russell, head of product specialists equity at the asset management firm.

Shen instead advocates a “generalist approach”. She said: “Sectors that benefit from government policy include clean energy and technology, the supply chain for electric vehicles and the high-end manufacturing sector. But the valuation of all of these sectors are already high, and have been driven higher by the recent market turmoil.”

Though the bulk of its pension funds clients currently allocates less than 5% of its equity portfolio to China, consultancy Willis Towers Watson advises pension funds to gradually increase this to 10% over the next few years, with an eye to eventually ending up with a 20% allocation as China’s economy is becoming more dominant globally.

“We advocate a stand-alone allocation to China, and especially to China A-shares because it has a low correlation to other international equity markets and because the A-shares market provides good opportunities for active managers to deliver alpha,” said WTW’s head of China equity research Claire Shen.

Mercer does not mention a specific desired strategic allocation to Chinese equities, but it also recommends pension funds increase their exposure to A-shares through a dedicated allocation “because A-shares will increasingly reflect the future dynamic of the [growing] Chinese economy”, according to investment consultant Edward Krijgsman.

He noted assessing the longer-term implications of the current market turmoil is hard. “Timing the market is difficult and we would not advise [pension funds] to postpone strategic decisions on their Chinese equity allocation because of it.”

Mercer currently has a neutral allocation to Chinese equities. “The macro environment is uncertain but valuations already seem to reflect this. This could therefore be a buying opportunity, though we believe more negative news could be ahead. Therefore we currently prefer a neutral positioning,” he said.