Denmark’s occupational pension providers failed to reap investment economies of scale for their customers in the last decade, according to the country’s competition watchdog, which said the finding backed its argument for steps to make the market more competitive.

In a new report, based on its major study into competition in the pension market published in December 2019, the Danish Competition and Consumer Authority said pension providers’ per-saver administration costs tended to decrease as the number of savers and assets increased.

But it said it had found no evidence that firms reaped the economies of scale in investment that could be expected when their total assets increased.

The authority said: “From 2011 to 2017, the pension assets of the individual pension companies have thus grown sharply on average, but investment costs have risen at approximately the same pace.”

Christian Schultz, chair of the Danish Competition and Consumer Authority, said: “The absence of economies of scale in the pension companies’ investment of pension customers’ savings is a little paradoxical – in any case, we can see that significant economies of scale are being realised within that part of the business in other countries.”

The average wealth of Danish pension companies had grown by 113% since 2011, it said.

If they had realised the same economies of scale in their investment activities that pension providers in the Netherlands had won, then it would have cost them DKK1.2bn (€161m) less to invest Danish pension assets in 2017 than it in fact did, the watchdog said.

“In the past, we have shown that asset management is an area where the commercial companies make a significant profit,” said Schultz.

“This supports our impression that competition in the market could be better and that the management of customers’ savings could be more efficient,” he said.

The authority reiterated the detailed proposals it made at the end of 2019 to improve competition in the Danish pension market, leading on the need for an independent performance evaluation to be carried out on an ongoing basis by all pension companies running mandatory pillar II schemes. 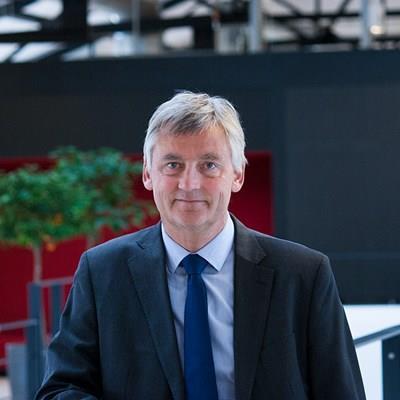 Other recommendations include limiting cross-subsidisation in company pension schemes between insurance and pension products; a stipulation in pension contracts that dormant schemes be transferred by default, and ensuring that savers get a larger share of the collective capital when the pension is moved to another company.

Individual pension companies in Denmark on average managed significantly more funds than they did 10 years ago, the authority said.

This increase in assets under management was partly because the number of players had fallen as a result of mergers, and partly because total pension contributions and assets had increased, it said.

“Despite the sharp increase in assets under management, companies’ investment costs account for roughly the same share of assets as 10 years ago,” it said.

In the report, the authority said some of its analysis could indicate that the commercial providers, which had a large proportion of savers’ assets managed externally – but within the same group – charged a relatively high price, and that possible earnings from this were channeled into the group.

The watchdog also documented differences between the investment costs picture for labour-market pension companies and that for the commercial providers.

For example, it said the commercial firms had lower investment costs, which it said could be several reasons – such as the fact commercial providers had many guaranteed schemes, which meant that they could not invest in assets as risky as those the labour-market providers could hold.

Earlier this month, two Dutch academics said after many years of consolidation in the country’s pension sector, lower investment management costs were no longer a reason for pension funds to consider a merger, since scale hardly produced additional cost efficiencies these days.