​Danish pension funds draw back from US for-profit prisons

Danish pension funds PKA, Lærernes Pension and Velliv have all taken action recently on their holdings in US companies involved in the running of for-profit prisons, with the first two divesting and the third engaging with firms to improve practices.

The three pension funds had been highlighted in a Danish investigative report has having had investments – albeit relatively small – in a pair of companies targeted by campaigners in the US and which have now been sold off by some major North American pension funds.

Particularly in the US, pension funds came under pressure last year to divest shares in companies running detention facilities in which children were separated from parents at the US/Mexico border.

The American Federation of Teachers (AFT), the second-largest teachers’ trade union in the US, has campaigned for pension fund divestment from the two US listed companies operating private prisons – CoreCivic and GEO Group.

Karsten Kjeldsen, chief executive officer of the Danish teachers’ pension fund, Lærernes Pension, told IPE the DKK101bn (€13.3bn) fund had decided at its board meeting on Friday to sell off its holding of around $1m in CoreCivic.

“The company has been on our yellow list [watch list] since January because of our ESG concerns, and at the meeting we decided, we now want to exclude them, because we feel the investment is moving in the wrong direction,” he said.

Kjeldsen said Lærernes Pension had excluded 500 companies altogether from its investment universe because of environmental, social and governance (ESG) concerns, but had a policy of being fair to firms by giving them time and space to make changes themselves before blacklisting them.

“In general, we want to see specific evidence of misconduct, for example, a court injunction, before divesting,” he said.

“In general, we want to see specific evidence of misconduct, for example, a court injunction, before divesting”

The three Danish pension funds were cited in a report by Danish investigative media group Danwatch published in February focusing on ethical concerns about such investments, regarding concerns about conditions in some of the jail facilities run by GEO Group and CoreCivic.

However, Kjeldsen said his pension fund had begun to scrutinise its investment in CoreCivic before this report was published.

Meanwhile, a spokesman for PKA, which runs four pension funds in the social and healthcare sectors, told IPE it had now sold all investments in the two US firms.

“It is true that we were invested in the companies, but we have sold all investments in them and excluded the companies both because of the information brought forward by Danwatch and our own investigation into the companies,” he said.

According to Danwatch, PKA had invested DKK54m in the two companies.

Velliv said it was correct that it had invested DKK1m in CoreCivic and GEO Group, and was now in dialogue with both companies to bring about an “improvement of the companies’ practices”.

This dialogue, which was being conducted through corporate governance firm ISS, had been going on before the investigation from Danwatch, a spokesman for Velliv said.

On the other side of the Atlantic, the California State Teachers’ Retirement System (CalSTERS) was directed by its board in November 2018 to divest from CoreCivic and GEO Group, following due diligence action including visits to various detention facilities run by the companies.

In Canada, the Canada Pension Plan Investment Board (CPPIB) sold its shares in GEO Group, which was the company managing the detention centres that were reported for their poor treatment of detainees in the US/Mexico border controversy, as well as its shares in CoreCivic. 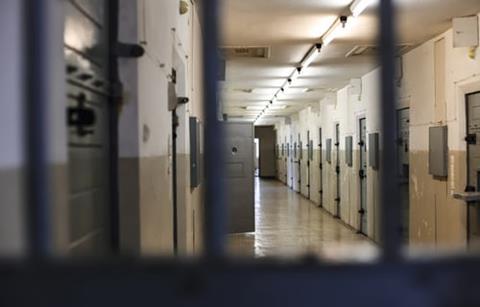 Fellow Canadian fund, the Ontario Teachers’ Pension Plan (OTPP), has said it will not invest in GEO Group, citing human rights concerns and its commitment to investing responsibly.

Asked for comment on the moves by the Danish pension funds, a spokesman for CoreCivic said: “Unfortunately, much of the information about our company being shared by special interest groups is wrong and politically motivated, resulting in some reaching misguided conclusions about what we do.”

Among other comments, he said CoreCivic helped keep communities safe, enrolled thousands of inmates in reentry programs that prepared them for life after prison and saved taxpayers millions.

Meanwhile, a GEO Group spokesperson said: “The divestment efforts against our company are based on a false narrative and a deliberate mischaracterisation of our role as a long-standing government services provider.”

The Florida-based firm had been a trusted service provider to the federal government for over three decades, the spokesperson said, adding that in this time it had have never played a role in setting policy, nor ever advocated for or against immigration enforcement policies.