Insurance & Pension Denmark (IPD), which represents the interests of pension providers in Denmark, has heaped scorn on a new financial sector tax now almost certain to be passed by parliament, calling the government’s reasoning for introducing the levy wrong.

Denmark’s governing Social Democrats reached agreement on Saturday with three other political parties on their proposal to introduce a right to early retirement for people who have spent a long time in the labour market, particularly those with physically and mentally demanding jobs.

Kent Damsgaard, chief executive officer of IPD, said: “We clearly recommended that funding be found through initiatives that increase prosperity and get more Danes into work,” which he said had also formed part of the government’s earlier paper on the proposal.

“Now they have instead chosen a special tax, which among other things must be paid by customers and members of the Danish insurance and pension companies. We think that is completely wrong,” he said.

Dubbed the “Arne” pension because it is aimed at ordinary Danes, the new entitlement agreed by the government, the Socialist People’s Party, the Red-Green Alliance and the Danish People’s Party will allow people who have spent 44 years in the labour-market – including periods of unemployment, parental leave and training – the right to retire three years before the national pension age.

According to the deal now backed by a parliamentary majority, around a third of the annual extra pension costs of DKK2.4bn (€322m) in 2022, rising to DKK3.5bn in 2026 will be paid for from 2023 by a “social contribution from the financial sector”, with the rest being largely financed by taxing companies’ property holdings and a re-organisation of municipal job centre work.

The financial industry tax is to be implemented as a new special corporation tax on the profits of the sector, according to the political agreement.

Morten Bødskov, the minister of taxation, said in the government’s announcement on the agreement, that the deal was fair and fairly funded, with the financial sector having to contribute more to the community.

“In recent years, the sector has made billions in profits,” he said.

“An extra contribution from society is therefore entirely fitting, in order that those who have toiled and toiled in a long working life are now entitled to a dignified retirement,” Bødskov said.

The pressure of the coronavirus crisis on the Danish economy meant that the majority of the financing elements of the early retirement plan would only start from 2023, he said.

But Damsgaard said the arguments put forward by the government for a special tax had nothing to do with the insurance and pension industry.

“That 12 years after the financial crisis, the government thinks more should be paid for the bank [rescue] packages – and then comes up with a solution that, for example, means paying an extra tax on the annual bonus to ordinary insurance customers – is completely without reason,” he said.

However, he conceded that amid the disappointment over the special tax, it was worth acknowledging that the Danish People’s Party had succeeded in the negotiations in making the special tax smaller than the government’s original proposal.

The parties also agreed that the right to early pension will be administered by ATP, which already undertakes a large amount of state benefits management.

Separately, IPD spoke out today on the EU’s digitalisation agenda, saying that Nordic and Dutch electronic identification models – such as NemID in Denmark – should set the standards for proposed a European e-ID system.

This meant that in future the EU would build a competitive European data economy, while maintaining European values and maintaining a high level of data security, the lobby group said. 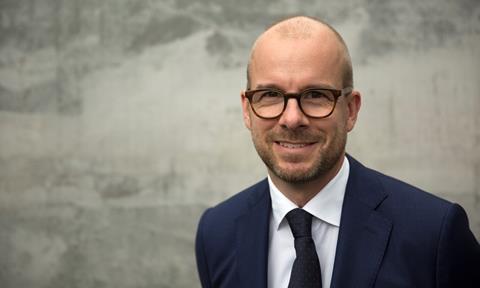 Jacob Nisgaard Larsen, head of department at IPD, said: “The next five years will be crucial for creating a well-functioning framework and a successful data economy in Europe.”

The development would be absolutely crucial for the insurance and pension industry, he said, with the sector increasingly needing to be able to create ancillary companies and new intelligent or sensor-based prevention solutions.

Though it said it supported the work on developing a common EU e-ID in order to make the most of the many digital possibilities to come, IPD also said that having one common European solution for this was not the way to go.

The EU instead had to support the highly-developed national solutions already working in the Nordic countries and the Netherlands, which were many years ahead, he said.

“We must not end up in a situation where we create a poorer common European version,” Nisgaard Larsen said.