The Danish pensions industry has issued a warning that the value of pension savings could be hit as a knock-on effect of the new political pact aimed at limiting rent rises as homes are bought up by foreign property speculators.

Industry association Insurance & Pension Denmark (IPD) said it broadly agreed with the objective of the agreement on the Housing Regulations Act – to hit the short-sighted foreign investment funds operating in the Danish residential market, which set aside fundamental regard for tenants.

But Jan Hansen, deputy director of IPD, said: “We are concerned about the value of pensions and, therefore, the support base for pensioners.”

The agreed legislative changes centre around Section 5.2 of the Housing Regulations Act, which allows landlords to make major renovations to rental apartments and then raise rents.

Key points of the agreement include the introduction of a five-year waiting period after the acquisition and thorough modernisation of a property, before rents can be raised under Section 5.2.

In addition, a green incentive is to be brought in, with this waiting period falling away in cases where a property’s energy class is raised by at least three levels or the energy consumption is reduced by at least DKK3,000 per square metre.

Another feature of the agreed amendments is a brake on rent rises, stipulating that in future rents may not be set significantly above the rental value of a property.

Hansen said several Danish pension companies had real estate investments, the value of which depended on the possibility of modernising and adjusting the rent when tenants moved.

“The individual [pension] companies are now adding up what this really means, so we can get a more accurate overview of the consequences,” he said.

“We may also be concerned that the waiting period of five years delays energy investment in the older housing stock,” he said, adding that these investments could be decisive in Denmark reaching its climate goal of reducing CO2 emissions by 70% by 2030.

However, Hansen said IPD thought it good that there was finally political clarification after a very long negotiation process.

“A stable framework is crucial for long-term investors such as pension companies,” he said. 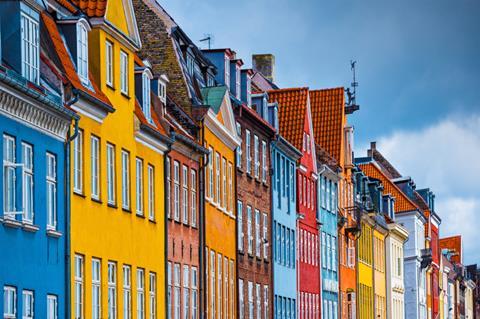 In an example of the impact the debacle has already had on pension funds, P+, the new pension fund for academics formed from the recent merger of JØP and DIP, revealed it slashed DKK400m from property values last year because of uncertainty over the issue.

CIO Mikkel Svenstrup said in P+’s preliminary 2019 results statement: “We chose to write down our total property portfolio by around DKK400m at the end of 2019, and this has had an impact on the members’ pensions.”

He said the fund had taken this step in light of the political negotiations regarding amendments to the Housing Regulations Act, and the uncertainty about the negotiations in the property market.

“Now a political agreement has been arrived at, and it is good that clarification has come. However, we are uncertain whether the agreement could lead to further falls in property values in 2020,” said Svenstrup.

The issue of rent control has increasingly moved into the political arena in many countries across, with the urbanisation trend squeezing residential property prices and rents, making living less affordable for residents.

Last May the Berlin government took the controversial decision to impose a five-year freeze on rents, while Dutch legislators are working to cap prices for new rental contracts to a percentage of a property value which is set by government.