The deadline extension granted to the Austrian pension commission – Alterssicherungskommission – to present a report that will assess the progress of the national pension system has added scepticism to the organisation’s role and already troubled history.

Andreas Csurda, member of the management board at Allianz Pensionskasse, told IPE that it “is difficult to understand” the fact that the deadline had been extended, “despite the difficult time we are currently facing”.

The Alterssicherungskommission replaced another organisation – the commission for long-term pension protection, or Kommission zur langfristigen Pensionssicherung – that concluded its mandate at the end of 2016.

The new commission, which includes experts to help define the long-term financial sustainability of the Austrian pension system, was only founded in 2019. “A lot of valuable time has already passed,” said Csurda, referring to the four-year gap since the previous body ceased.

On 8 July, parliament approved an amendment to the law on the pension commission, or Alterssicherungskommissions-Gesetz.

Under the new rule, the deadline for the commission to submit to the government its first long-term assessment of the development of the country’s pension system was extended by four months, from November 2020 to March 2021.

According to the legislator, the extension will ensure the analysis is not based on outdated numbers or economic forecasts against the backdrop of the COVID-19 pandemic. 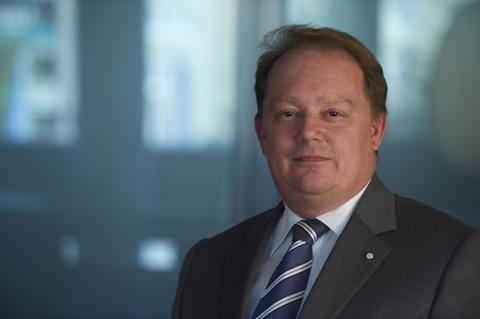 The motion to delay the delivery of the report was proposed by representatives of the “turquoise-green” coalition: August Wöginger, an MP for the Austrian People’s Party ÖVP, and Markus Koza, representative of the Green Party.

The MPs said the economic forecast for the report will likely not be available until the end of August, and it will rely on outdated data based on an estimate from April 2020.

The deadline extension could ensure a higher consistency between the medium and long-term reports, the MPs said in their motion, adding that it took into account a request of the chair and the deputy chair of the commission.

Gerald Loacker, MP for the New Austria and Liberal Forum party NEOS, slammed the parliament’s decision as a “delay tactic”.

The pension commission finally had its first official meeting in November 2019 after numerous attempts to find a leader.

Its chair is Walter Pöltner, former minister for social affairs, while Ingrid Korosec, member of the ÖVP, is vice chair.

“As an observer, I have hardly noticed any willingness [from the commission] for a reform over the past few years,” Csurda said, adding that a balance between the representatives of the three pillars of the pension system was missing.

“The commission only includes representatives of the first pillar, while the second and third pillars, namely company pensions and private pensions are, so to speak, left out. A holistic view would certainly be desirable,” he said.

He added that the Alterssicherungskommission is the commission for the long-term financing of the pension system – “this does not only mean responsibility for the first pillar, the statutory pension.”

Discussions could erupt on a rule for early retirement and criticised by experts.

The so-called “Hacklerregelung”, a long-term insurance pension, allows men to retire at 62 after 540 months of contributions, which corresponds to 45 years, and women at 57 with 42 years of contributions.

Csurda, who generally thinks that employees should be able to retire early, shares the opinion of the commission on the matter and would welcome a reform.

“The question is whether [retiring early] should come with reductions. In my view, it is fair and legitimate that there are reductions for the statutory pension for person A who retires x years earlier than person B.”