IPD (Forsikring & Pension, F&P) announced it was “upgrading” its EU work by joining the European trade association PensionsEurope – a move which would make it the first Danish industry association to belong to the Brussels-based interest group.

In the announcement on Wednesday, IPD explained its reasoning, saying: “This is because the pensions area is taking up more and more political space at EU level.

“Denmark has one of the world’s best pension systems, and therefore it is crucial to be very close to the design of the forthcoming regulation in this area,” IPD said.

Although Denmark is well known for its large funded pension system, the bulk of providers are incorporated as life insurance companies.

Similarly, Sweden had a large proportion of its funded pensions provision in the hands of providers incorporated as life insurers, but this model has shifted considerably with the implementation of the EU’s IORP II directive into Swedish law.

Now many Swedish pension providers, including the largest second-pillar pension firms, Alecta and AMF, have become – or are in the process of becoming – occupational pension companies under IORP II rules, and shedding their Solvency II-governed insurer status.

However, Denmark currently has no full members of PensionsEurope, although PFA, the country’s biggest commercial pension provider, is on PensionsEurope’s list of corporate and supporter members.

Kent Damsgaard, chief executive officer of IPD, said: “By taking up membership of PensionsEurope, there’s no doubt that we are increasing the Danish pension industry’s opportunities to influence EU regulation in areas that are absolutely central to our sector. 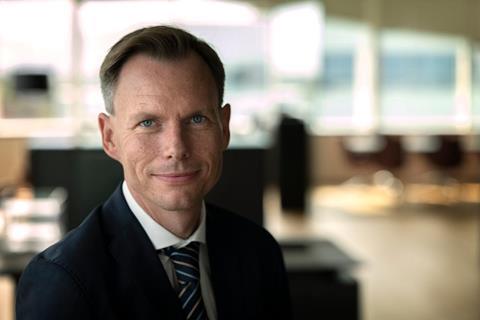 “We represent the best pension systems in the world – so we have an expectation of being able to talk with weight, and that we will be listened to”

Membership of PensionsEurope would give IPD an even stronger opportunity to form a pensions alliance with countries such as the Netherlands and Sweden and the other Nordic countries, which had similar pension systems to the Danish one, he said.

“We represent the best pension systems in the world – so we have an expectation of being able to talk with weight, and that we will be listened to,” Damsgaard said.

Sustainable finance was a key area of interest, he said, where there was a need for regulation that did not impose unnecessary burdens on Danish companies and their customers.

“Our industry will be met with a requirement that they must disclose their decisions in relation to sustainability on a number of different points,” the CEO said.

“We in Denmark are at the forefront when it comes to working with sustainability.

“But EU regulation risks becoming unnecessarily expensive and complicated, so we want to put maximum pressure on the authorities so we get rules that result in benefits – rather than hassle and barriers,”Damsgaard said.