Dutch pension funds urged to be more ambitious with engagement

The vast majority of pension funds in the Netherlands now apply some form of sustainable investing, but the implementation of these policies is still a work in progress, according to VBDO, the Dutch investor association for sustainable development.

“Pension funds can use the instruments they have to influence sustainability outcomes, such as engagement, in a more ambitious way,” said Xander Urbach, a project manager at the VBDO.

All of the Netherlands’ 50 largest funds, bar the fund for the meat processing industry VLEP, now apply some form of ESG integration for at least a part of their equity portfolio. Nearly all funds also practice engagement with companies on ESG matters.

“The pension fund sector has shown it is possible to opt for a sustainable investment policy without sacrificing returns,” said Urbach who, however, noted a discrepancy between the ever greener portfolios of pension funds on the one hand, and a continuing rise of carbon emissions in the real world.

“Pension funds could decide to restrict their investments to a concentrated group of companies that are aligned with a successful transition to a sustainable world.”

Another shortcoming in VBDO’s opinion is that more than 80% of pension funds still lack a climate strategy two years after the Pensioenfederatie, the Dutch association for pension funds, signed an agreement with other financial sector players in the Netherlands promising to align themselves with the Paris Agreement.

Urbach said: “But the vast majority of pension funds are still lacking net zero emission targets. The deadline for this is in 2022 so swift action is needed.”

Pension funds should also become more effective in their communication with companies, according to VBDO.

“Many pension funds consider engagement a binary game: you either talk to companies or you exclude them. But there is a large scale of options in between, such as voting, that they do not use sufficiently,” said Urbach. “For example, why did ABP not vote in favour of the Follow This resolution at Shell’s AGM?”

Earlier this year, campaign group Follow This put forward a proposal for how Shell should bring in line its carbon emission reduction policies with the goal of the Paris Agreement to limit global warming to well below two degrees.

The resolution did not pass because some major shareholders, including ABP, withheld support.

Urbach said that since all pension funds use external providers to engage with companies on their behalf, it is paramount they provide clear instructions to their asset managers and fiduciary managers.

He said pension funds are often not involved sufficiently in the implementation of their engagement policies.

“A pension fund that does engagement needs to have a clear escalation path. You need to make clear the consequences for a company of not reaching certain pre-determined targets. I support transparent engagement whereby pension funds formulate clear goals at the start of the engagement journey and regularly report about the progress made.”

A pension fund also should make it clear how it can impact the engagement policy of its service provider, according to VBDO.

Urbach said: “For example, they could request a seat at the table, have an evaluation after the service provider has met with the company, etc.” 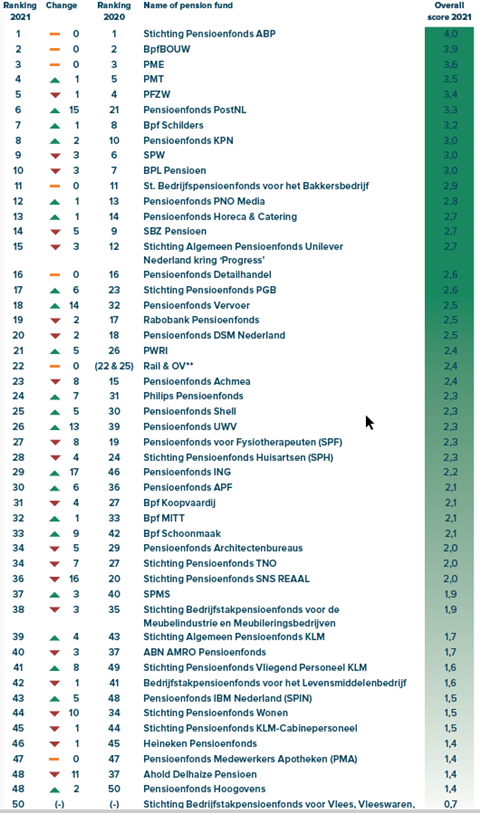