The Financial Reporting Council (FRC), the UK’s audit watchdog, has submitted evidence to a parliamentary inquiry into the future of audit detailing the progress it has made toward implementing the recommendations from three inquiries into both its own future and the future of audit in the UK.

The FRC said in the submission that it “strongly” supports the recommendation from Sir John Kingman’s 2018 review that it should be replaced with “a new independent regulator with clear statutory objectives, and powers in law to deliver them.”

However, the audit watchdog goes on to argue that although it agrees with the “vast majority” of Sir John’s 155 findings, plus the calls for change from the Business, Energy and Industrial Strategy Select Committee, it cannot agree with all of them if only because they sometimes draw different conclusions on the same issue.

The FRC and the wider audit function have been the subject of three external reviews:

Alongside this review, the Business, Energy and Industrial Strategy Select Committee is now leading a follow-up inquiry into “The Future Of Audit”, while leading accounting academic Professor Prem Sikka has conducted a fifth review into “Reforming the Audit Industry”.

The Kingman review into the future of the FRC delivered its report on 18 December 2018, followed recommendations from the CMA inquiry on 18 April 2019 and, finally, the conclusions of the Brydon Review on 18 December 2019.

In terms of their scope, the Kingman review examined audit regulation, including the role and structure of the FRC itself, the Brydon review focused on the nature and scope of audit, while the CMA inquiry looked mainly into the audit resilience.

The inquiries into the future of audit come after a tough time for the audit and accounting profession, which has faced mounting public disquiet following a number of high-profile corporate failures in the UK such as services firm Carillion.

Professor Prem Sikka, who was recently appointed to the UK Parliament’s upper chamber, told IPE that the findings of all three inquiries fall short.

He said: “Kingman does not reform the entire regulatory apparatus and so we will still have the FRC and its successor, the Audit, Reporting and Governance Authority, together with four recognised supervisory bodies to oversee audit. The RSBs have no independence from their members and they are also outside the Freedom of Information Act.” 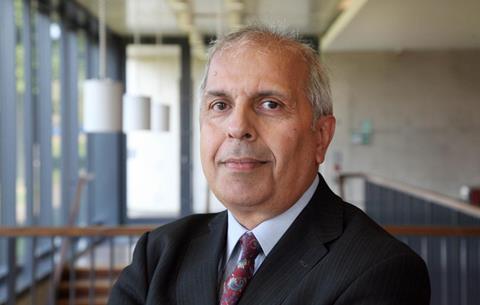 In a written response to IPE on 6 November, an FRC lawyer responded that the watchdog voluntarily adopted the Freedom of Information Act from 2 December 2019.

Tim Bush, head of governance and financial analysis with Pensions & Investment Research Consultants Ltd, agreed that the findings of the BEIS Select Committee conflicted with the Brydon recommendations.

He said: “The BEIS Committee Future of Audit Inquiry Final Report concluded that the law was correct and should not be changed to accommodate the defective standards. However, the Brydon Review recommended precisely the opposite, changing the law (which is rational) to accommodate the standards (which are irrational).”

Of the CMA review outcomes, Sikka added that he expects it to have “little effect on audit quality, if any,” not least because it failed to consider auditor liability – one of the main influencers on quality audit outcomes.”

“There still remains a great deal of interest in this from parliamentarians. To be completely frank about it, the Select Committee isn’t going to go away … [and] I will be interested to see what they conclude in due course.

“I know from the amount of interest from members of the House of Lords that there remains a significant body of interest there too. Really, I think Parliamentary pressure is still there on ministers to get on with it and, to be fair to BEIS ministers, they are very engaged in this reform programme at the minute.”