The Norwegian pension commission, set up by the government two years ago, has concluded in its report released this morning that further reform of the country’s pension system is needed in order to make it socially sustainable.

The pension age must rise, minimum pension benefits must be pegged to the development of general prosperity in Norway, and disabled people must be guaranteed a reasonable old-age pension, the commission has proposed.

A government minister commented that there was broad political agreement on the recommendations, which was a good sign.

In its report submitted this morning, the commission said: “Today’s pension rules are not sustainable.”

The commission, led by Kristin Skogen Lund, chief executive officer of media company Schibsted, and made up of other experts as well as politically appointed members, was established by the government on 12 June 2020.

“The committee answers yes to all three questions,” it said.

Many conditions had changed since the pension reform of 2011, the members said, and they had looked into whether there was less need now for a pension reform than there had been when the previous raft of changes were adopted a decade ago.

“That is not the case – quite the contrary,” they said.

Life expectancy had increased more than expected, they said, and was expected to increase further in future.

“Population growth will happen among those who are 67 years or older, and in particular, the number of people over the age of 80 will increase significantly,” the commission predicted.

The ratio between the number of working people and the number of pensioners would fall, it said, adding that this demographic challenge had to be met with measures that stimulated occupational participation among both young and old. 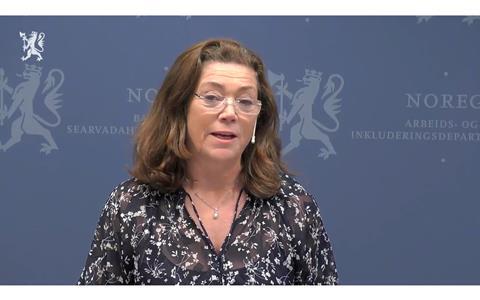 But it warned there would be a price to pay for improving the social sustainability of the pension system by regulating minimum benefits more favourably than they had been so far, and ensuring a higher pension for the disabled.

“The proposals will provide a significant increase in pension costs compared to the current rules.

Nevertheless, they said in the report, it was likely that the proposals as a whole would weaken the financial sustainability of the pension system.

Regarding Norway’s financial resources, the committee said the value of the Government Pension Fund had grown far more than estimated, and the opportunity to use its resources had increased in line with the fiscal rule, according to the report.

However, the increase in government revenue had already been used to boost spending in ways that would not be easy to reduce, the commission said.

“Going forward, government revenues will clearly grow less than they have done the last decade, and it will only be possible to increase the cost of the retirement pension to a small degree without having to tighten in other areas,” the panel members said.

However, the group said it believed the costs could be defended, because establishing a system for regulation of minimum benefits and disability pension – which could help strengthen social sustainability and support for the pension system – would be of great value.

“However, it will be important to follow future developments, in particular the development of the active participation of the working population,” the commission said.

Marte Mjøs Persen, Norway’s Minister for Labour and Social Inclusion, commented: “The committee has delivered a recommendation with a large degree of agreement across party political divides. This bodes well for further work on the committee’s proposal.”

The report is now been put out for consultation, he said.