The German parliament, Bundestag, has approved the law for the introduction of the basic pension – Grundrente – from 1 January 2021.

The grand coalition partners CDU/CSU and SPD voted in favour, the right-wing Alternative for Germany (AfD) and the liberal party FDP were against the measure, while the Greens and Die Linke abstained.

The parliamentary commission on Labour and Social Affairs gave yesterday its green light to vote on the law proposed by the government.

The Grundrente is paid in the form of a supplement to pensioners with at least 33 years of contributions to the statutory pension insurance based on periods of employment, child-rearing or care work.

“The pension must be enough to live in dignity. This also applies to those people who have had low wages in their professional lives and therefore receive a low pension,” Anja Piel, member of the executive board at DGB, told IPE.

The Minister of Labour and Social Affairs Hubertus Heil had proposed a “good draft” for the basic pension law, but unfortunately it was changed, and “damaged”, during the negotiations with the coalition partner CDU/CSU, Piel said.

“The pension must be enough to live in dignity”

Anja Piel, member of the executive board at DGB

“The CDU/CSU has made the process of calculating the basic pension extremely complicated and far fewer people will benefit,” she said, adding that the unions have always rejected the income as a measure to grant the basic pension.

Under the new law, the financial support to employer-financed company pension schemes for low-wage earners will be increased from a maximum of €144 to a maximum of €288. This supports employers’ contributions of up to a maximum of €960, according to the legislator.

In 2018, with the Betriebsrentenstärkungsgesetz, a new tax incentive in the form of subsidy was introduced for company pensions, especially for low earners, meaning employees with a monthly gross wage of up to €2,200, can get a maximum €144 per calendar year.

The Union had promised its political support for the approval of the basic pension in exchange of the reform of the Riester-Rente and an expansion of the occupation pension through tax incentives, as reported.

“The coalition groups have also agreed to present a reform of private provision (Riester savers) in October,” said the pension expert for the CDU/CSU parliamentary group, Peter Weiß, during the parliamentary debate.

For Piel, a reform is necessary because the private pension schemes are too expensive and inefficient, but it is not a solution for reliable old-age insurance. 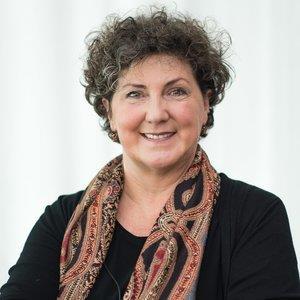 “We need a strong statutory pension and good company pensions as a supplement,” she said.

Diakonie Deutschland welcomed the introduction of the basic pension, too.

“The basic pension is an important answer to the concerns of 1.3 million pensioners, an important signal especially for women who worked part-time for a long time, raised children or cared for relatives,” Maria Loheide, member of the executive board responsible for social policy at Diakonie Deutschland, told IPE.

For Loheide, the basic pension reinforces the idea of statutory pension insurance as a central component of the system in Germany, but furthers steps are required.

Diakonie Deutschland proposes a uniform tax exemption for all types of old-age provisions for basic security benefits, to include self-employed and civil servants in the statutory pension insurance, and not to favour private and company pensions, she added.

Mario Ohoven, the president of the federal association of small and middle-sized businesses – Unternehmerverband Deutschlands e. V. (BVMW) – called the basic pension an “uncovered check”, adding that the promised European financial transaction tax “does not yet exist”.