Pension funds in Iceland have seen their allocations to foreign assets jump this year as a result of a plummeting króna, despite the fact that the institutions have held off from foreign currency purchases during the COVID-19 crisis to support the domestic economy.

Citing figures for the nine months to September, the Icelandic Pension Funds’ Association (Landssamtök lífeyrissjóða, LL) said that overall, total assets managed by the country’s pension funds amounted to almost ISK5.5trn (€34bn) at the end of September, having risen by over 10% in nominal terms since the beginning of the year.

The value of foreign assets grew faster than that of other assets between January and September 2020, and amounted to 33% of pension funds; total assets at the end of September, compared to 30% at the end of last year, LL said, showing data from Statistics Iceland and the Central Bank of Iceland.

Since the beginning of this year, the Icelandic króna has fallen by around 19% against the euro, with one euro currently buying about ISK162 compared to ISK136 at the start of January.

Over the last few years, Icelandic pension funds have been working to increase their weightings to foreign assets, with these allocations having dwindled in the years following the financial and economic collapse of 2008 and the subsequent years of capital controls.

However, this active build-up process has slowed this year due to the coronavirus crisis.

In March, when the króna started coming under major pressure on foreign exchanges, Icelandic pension funds were called upon by the central bank to hold off on foreign exchange purchases over the ensuing three months in order to support the economic and financial system amid the impact of the pandemic.

A declaration to this effect was published by the LL, and this agreed hiatus in foreign currency purchases by the pension funds was then extended in June.

The pension fund data for January to September, also revealed a net fall in loans made by the funds to their members in the third quarter, following a sharp increase in pension fund lending for house purchases in recent years, LL said.

Repayments in excess of new loans amounted to just over ISK13bn between July and September, LL said. 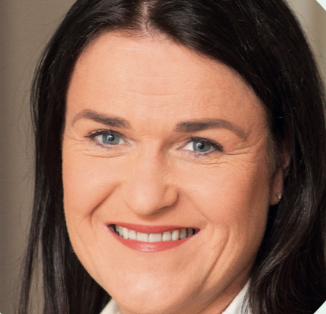 “In the last few months banks have lowered interest rates for mortgages and because it is relatively easy and cheap to refinance housing loans, households are quick to react and move their mortgages,” she said.

Historically, she said pension funds had offered lower rates on housing loans than banks while also demanding more collateral, but this had changed recently with bank rates now lower than pension fund rates.

But Thordardottir said it was unclear if this trend would continue as some banks had already begun increasing their interest rates on housing loans again.

Separately, Icelandic pension fund Frjálsi published a commentary on its foreign investment strategy yesterday, saying that since the lifting of capital controls in Iceland in 2017, it had put a lot of emphasis on increasing the weight of foreign assets and the breadth of its portfolio, with foreign assets considered an important factor for risk diversification.

Over the years, most foreign investments had been made via equity funds, Frjálsi said, adding that strategically, it used a combination of passive and active management for this allocation, adjusting the balance at any given point depending which was considered most promising.

The fund said it adopted a core-satellite approach for foreign investments, with the core generally having a 60-70% weighting, consisting mainly of index funds and exchange-traded funds, and following the global stock index by applying neutral management.

The satellite part of the portfolio tended to have a 30-40% weighting meanwhile, Frjálsi said, and was intended to achieve higher returns than the global index by investing in funds using active management.

“In recent years, the methodology decided upon has yielded good results,” Frjálsi said, adding that its foreign equity portfolio had returned an average of 12.7% annually after costs measured in Icelandic krónur in the past five years, which was 2.5% more than the global equity index.