Denmark’s pensions and insurance lobby group is warning that the country’s upcoming first-time issuance of government green bonds must align with the German model or the EU standard, or risk being less attractive to investors – including the Danish investment sector.

Insurance and Pensions Denmark (IPD) said the bonds should live up to three criteria – a clear framework for the use of proceeds; alignment with the EU taxonomy for sustainable activities; and periodic reporting on the use of the proceeds and the expected climate effect.

Kent Damsgaard, IPD’s chief executive officer, said: “It is fundamentally important that Danmarks Nationalbank’s model should be streamlined with the core components that the forthcoming EU standard for green bonds provides.”

Secondly, the industry association said, the bonds had to align with the EU’s taxonomy, meaning they had to promote at least one of the six sustainability objectives set out in its taxonomy regulation. 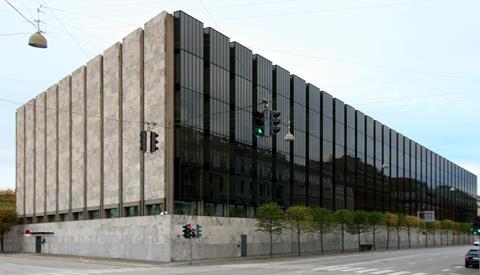 Lastly, IPD highlighted the need for periodic reporting on the distribution of proceeds and the expected climate effect, along with verification by an official entity to ensure that the bond complied with the EU’s requirements and criteria.

The central bank said issuing a new product type, such as green bonds, entailed fragmentation of the issuance programme, implying a loss of liquidity, which it said would increase funding costs.

“This is in particular a concern to issuers with limited funding needs, as has been the case for the Danish central government for a number of years until the COVID-19 crisis,” the bank said.

Following this, the central bank said it was looking into a new model for sovereign green bonds that supported liquidity in the market for Danish government bonds.

One model under consideration is issuing bonds alongside “green certificates”, as the bank has previously stated, and it now says other models are also being considered, including the twin-bond concept launched by Germany.

The bank and the finance ministry first announced they were investigating the possibility of a new type of green sovereign bond in December 2019, at which time four of Denmark’s biggest pension funds indicated they were receptive to investing in such instruments.

The European Commission has said that the ultimate decision on how and in what legal form to take forward the EU green bond standard will be taken in the context of its revised sustainable finance strategy, which it has not yet adopted. It has had to delay publishing the final climate taxonomy rules, a leaked draft version of which last week prompted nine of the Commission’s sustainable finance advisers to threaten to quit over greenwashing concerns.