On the whole the counterparties involved in manager selection have risen to the challenge of the COVID-19-fuelled falling away of site visits, according to speakers for IPE Quest’s Open Forum.

Eastwood, for example, said the local authority investor has been able to meet with a wider range of staff at asset managers.

LPPI has revised its due diligence questionnaire on the back of the experience of remote working, looking at it “in a harsher light,” Eastwood said.

Redmond said this year has offered “once in a cycle opportunities for pension funds to find some exceptional value”, and that “it’s extraordinary to say but we haven’t missed a beat”.

One major benefit has been more time, gained from not commuting into offices. Redmond said this has offset any loss of insight through the shift to online meetings.

The due diligence specialists also identified benefits for the assessment of managers’ culture, with both Eastwood and Redmond relaying how seeing C-suite executives in their homes can humanise them and offer valuable insights.

The situation is not perfect, however, and there are open questions. Eastwood said LPPI is tackling the question of the implications of a move to a hybrid model, where some people return to the office but some virtual work continues.

“That’s the next thing we’re looking at,” he said, adding that it was also something LPPI wanted managers to be thinking about.

Redmond said that although vaccine approvals mean WTW may never have to test completing an entire manager rating process without having had any physical meetings with them, this would have been a “final hurdle”. “Can you get comfortable with someone you’ve never met in person?”

The COVID-19-crisis has shown that the near future is highly uncertain while there is a lot more clarity about the longer term, according to Ryan Kelly, a high-yield bond portfolio manager at PGIM.

“It’s the inverse of normality, as the near term is more uncertain than the long term now because of the vaccine,” he said. In the short term, therefore, Kelly sees the best opportunities “in non-virus impacted companies”, such as specialty chemicals. 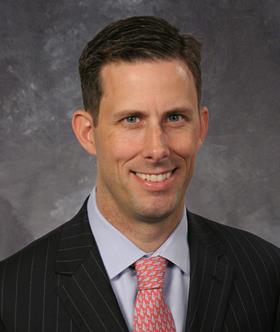 On the other hand, default rates will remain somewhat elevated because some sectors such as airlines may go through a significant default cycle, he added. “Business travel may not come back to its previous form for a very long time, if ever.”

Kelly is also somewhat sceptical about energy names. “Energy is an often talked one – but it is being viewed as largely stranded asset class,” he said, noting though that valuation multiples have dropped by about 50% over the course of the pandemic. “So there’s reason for a little optimism too, especially if oil price dynamic will be a bit more supportive.”

Emerging markets have seen the worst of the crisis, and with the exception of some “idiosyncratic situations” such as defaults in Lebanon and Surinam. “Emerging markets are able to withstand this crisis,” said Nicholas Hardingham, head of the emerging markets debt opportunities team at Franklin Templeton.

The main reason for his confidence is that investment flows to EMs having recovered. “These are now back in positive territory. That makes us confident these countries will be able to continue to finance themselves,” he argued.

Sylvain Chateau, global head of sustainable investment product management at London School of Economics (LSE), noted there is a lack of products in the sovereign space for investors who want to address climate risk in their portfolios. “We need to be much more active in this space. Sovereigns own 78% of global fossil fuel reserves, and up to 20% of government expenditure is linked to income from fossil fuels so the transition to a lower carbon intensive economy will have a great impact on government finances,” he said.

FTSE Russell has launched a sovereign bond climate index to address this issue. “The idea was to reweight the 23 countries in the index according to the climate risks they are exposed too,” said Chateau.

“So we built a framework to characterise climate risk from three different angles: transition risk, physical risk and exposure to climate disasters.” Watch back the livestream to learn more.

The announcement last year by the Business Roundtable of 181 American CEOs that they were to promote ‘an economy that serves all Americans’, instead of just shareholders, was widely hailed as a milestone when it comes to responsible investing. The announcement made clear that companies have broad responsibilities, outside creating shareholder value, that must be met in order to create long-term sustainable value for all stakeholders, said Amy Borrus, the executive director of the Council for Institutional Investments.

Diversity and inclusion: why pension funds need to consider it now

Pension funds may be getting louder in their demands for diverse and inclusive company boards, but they are not so good at taking their own advice, attendees at a Friday afternoon panel session at the IPE Conference & Awards 2020 heard.

Caroline Escott, senior investment manager at RPMI Railpen and trustee director at Standard Life Master Trust, said that having been a trustee for eight months, she found she was still nearly always the youngest in any given group of trustees.

“Even though the gender diversity mix is changing, there still seem to be more men than women,” Escott said.

“Moving on to the investment stewardship angle, this is where there is an odd mismatch between what pension schemes have been doing in terms of being at the forefront of requiring diverse boards and increasingly diverse senior management teams at their portfolio companies, and then what they’re doing themselves,” she said.

At Railpen, Escott said she was lucky that the pension fund manager had a “superb reputation” on corporate governance issues, including holding its portfolio companies to account on diversity and inclusion (D&I). 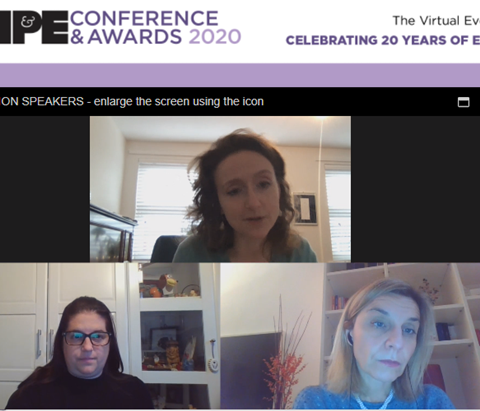 Ethnic diversity is an issue the UK pension fund will integrating more into its policies, she said.

“We cannot in 2020 – sadly only in 2020 – have a conversation about D&I without talking about ethnic diversity, so we’re going to be pushing much harder on this in our engagements in 2021,” she said.

Recently, European asset owners appear to have been focusing more than before on the topic of diversity when selecting asset managers, according to data collated by manager search platform eVestment, the panel audience heard.

Erika Spence, global head of data strategy at the firm, said global adoption of diversity and inclusion factors by investors and investment consultants in their screening had been fairly steady over the last five years.

“Maybe unsurprisingly, the US integrates it into their screening more than in other regions, given data availability and current events, that might make sense,” she said.

“We did see an uptick in Europe in the last year,” Spence said, adding that the data company would be watching to see if that trend continued into 2021.

Alessandra Franzosi, head of asset owners and ESG investing at Borsa Italiana – who moderated the discussion – said the industry needed be more forward looking on the topic.

“We have a lot of data, historical data – they are absolutely fundamental – but we need to ask how targets are achieved and look to the future,” she said.

On wealth-producing investing and lazy regulators

Pensions expert Keith Ambachtsheer turned to John Maynard Keynes and Peter Drucker in his talk about “future-proofing” pensions, which wrapped up the final day of IPE’s conference and awards. 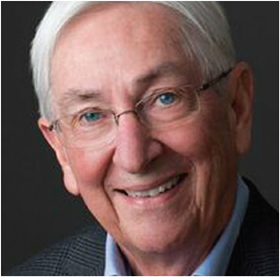 He argued that the best chance of continuing to generate a long-term 4% real return involved sustainable, collective pension designs with some conditionality in pension benefits, effective pension organisations, and pro-active, wealth-producing investment policies.

He said that although the notion of pro-active, wealth-producing investing policies was nothing new, “it’s never been as important as now to actually adopt it as a going concern way of thinking about investing retirement savings”.

Also: “Regulators that want to enforce a solvency-oriented, mark-to-market approach are being lazy. It’s easy to follow that rule but it’s also very destructive to organisations that want a sustainable retirement income system that works long-term.”

The comment was in response to an audience question about the UK regulator’s push for the removal of risk by using Gilts as the benchmark, although Ambachtsheer cited the Netherlands in his reply.

He welcomed the country dropping the regime they introduced after the global financial crisis, but questioned whether it would be able to deliver on the aspirations for the new, defined contribution-based pension contract.

You can still register here for access to all sessions, presentations and videos shown during the IPE Conference & Awards 2020.