The KLM pension fund for ground crew, one of three pension funds for employees of the Dutch airliner, is preparing for a shift to a collective defined contribution (DC) arrangement. The unions are prepared to forego financial compensation for taking on additional risk because of KLM’s precarious financial position.

The two other KLM schemes, for pilots and for cabin crew, already made the switch to a collective DC arrangement a few years ago. The fund for pilots received a compensation of €100m at the time, a windfall the cabin crew fund did not receive.

The deal was first published in KLM’s annual report for 2020, and was reached in the second half of last year. The new arrangement is supposed to come into force retroactively by 1 January 2021.

It means the firm can remove any pension obligations from its balance sheet effective as of this year, a KLM spokesperson said. “As a result of the new financing arrangement, KLM will no longer have an obligation to make contributions towards any funding gap,” he added.

The firm has never had to actually make any such contributions, although the fund’s funding ratio decreased from 105% to 98% over the course of 2020.

But Bob van der Wal, pensions spokesperson for trade union VKP, said the conclusion of the new pension arrangement for the €10.3bn fund should be seen “in the light of the coronavirus crisis”.

Members were far from enthusiastic about the proposal, he said. “It was a close call. Usually, 90% of members vote in favour of an agreement, now only 60% did.”

He said it was especially difficult for members to accept KLM would not pay a compensation for the additional risks members will take on in a DC arrangement.

“KLM’s obligation to make contributions towards a funding gap was considered of great value by members and as an expression of loyalty towards its employees. I think this proposal would not have been accepted by members in normal circumstances.”

But members understand it was not realistic to ask KLM for financial compensation because of the financial difficulty the firm is in now, Van der Wal added. 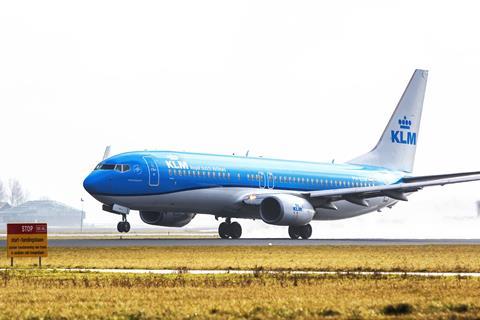 KLM has received €3.4bn in loans from the Dutch state to avoid bankruptcy

KLM is the largest beneficiary of the Dutch government’s financial support measures to help companies weather the coronavirus crisis. On top of this, it has received €3.4bn in loans from the Dutch state to avoid bankruptcy.

Van der Wal said: “KLM has also showed its appreciation for this gesture. They have emphasised they will keep this in mind while implementing the new pension agreement over the next few years.”

The KLM spokesman noted that KLM will pay a higher pension contribution of 25.5% of gross salary, compared to the current 22.2%. But VKP does not consider this a compensation.

Van der Wal said: “We see this in the light of the low interest rate environment. Many company pension funds have increased contributions for this reason.”

The KLM ground crew fund is the largest of the three KLM funds in terms of members. At the end of 2019 the fund had 14,230 active members.

This number decreased substantially in 2020, as 1,450 of these made use of a voluntary arrangement to leave the firm that had been introduced in the wake of the coronavirus crisis.